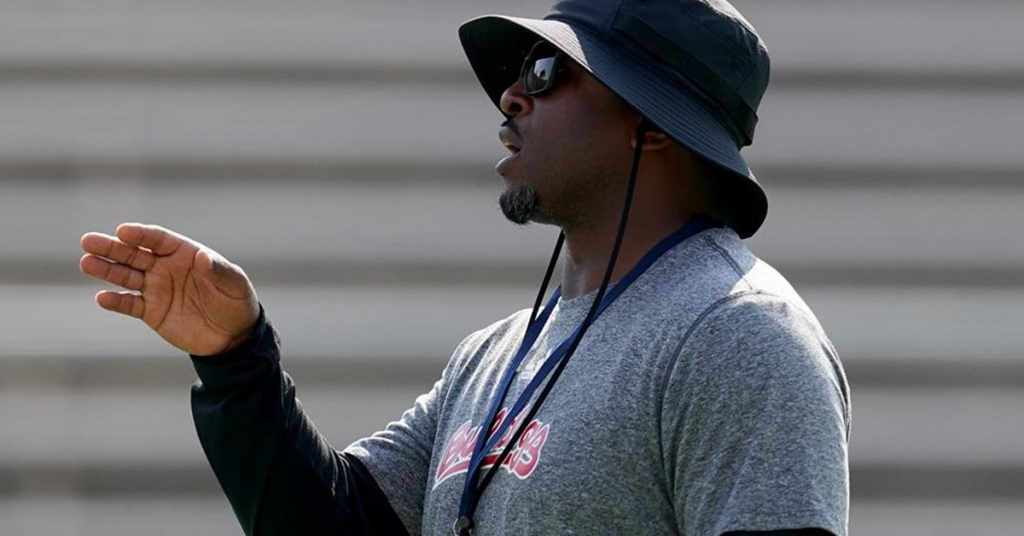 Who will be the starting quarterback when Fresno State takes takes the field in New Mexico on Saturday to face former WAC foe UTEP?

At this point it’s mum from the coaches following the whirlwind roller coaster of the last two weeks, which saw starter Jake Haener enter the transfer portal with the intent on following head coach Kalen DeBoer to Washington only to end up staying at Fresno State.

Haener addressed the Red Wave last week after it came out he was not heading to the Pacific Northwest.

But outside of his remarks, the program is not revealing any information on whether or not he’ll see the field Saturday.

Before interim head coach Lee Marks took the podium on Monday for his press conference to preview the New Mexico Bowl, Fresno State’s communications staff said that Marks would not answer any questions about Haener.

Last week, after Haener said his premature goodbyes to the Central Valley, Marks said the competition for the starting job was between redshirt freshman Logan Fife and freshman Jaylen Henderson.

Based on Marks’ comments Monday, it appears that is still the case, even though there is nothing stopping Haener from playing.

“As far as those guys battling, you could tell that there’s some different times that they’ve tried to make sure they take care of the football and do those things, just making sure they lead our football team in the right direction,” Marks said when asked about the quarterback battle.

“So far in the quarterback room all those guys are doing a really really good job of the plan right now, so it’s exciting – moving in the right direction.”

For what it’s worth, all three quarterbacks are listed as options to be the starter on the team’s depth chart.

Marks declined to share which quarterback has been receiving the most reps with the first team in practice, and he affirmed that the public will not know who the starting quarterback is until the offense takes the field Saturday.

Whichever quarterback ends up taking the field in Albuquerque will be working with a first-time play caller: Kirby Moore.

Marks announced last week that moore would move up from wide receivers coach to offensive coordinator for the bowl game.

With Saturday’s game possibly serving as an audition to be the offensive coordinator on incoming head coach Jeff Tedford’s Staff, Marks said Moore has done an excellent job in his new role.

“He’s natural, he really is. He’s a coach’s kid, so he’s been around it for years. It’s exciting to see Kirby take that next step and to be the offensive coordinator, which is big time. Just what he’s done so far for the game plan, and now he’s putting his final touches on the plan before we travel down there and just make sure we clean up some little things that we need to do,” Marks said of Moore.

“It’s fun, I’ve never seen Kirby in this role before, obviously. He’s rejuvenated, almost. You see him having all this energy. He’s coming out there bouncing around – ‘Where’d this die of Kirby come from?’ – which is exciting. He’s doing a really really good job right now, definitely putin the plan together along with the rest of the offensive staff.”

Outside of gearing up for the on-field action, Marks is excited for the team’s upcoming opportunity in Albuquerque to visit children at a local elementary school as part of the bowl week festivities.

“We get an opportunity to go out to an elementary school,” Marks said. “We’re going to send a few players there. Stuff like that, to me, probably means more than the football game, where you have a chance to impact young people that are looking up to you.”