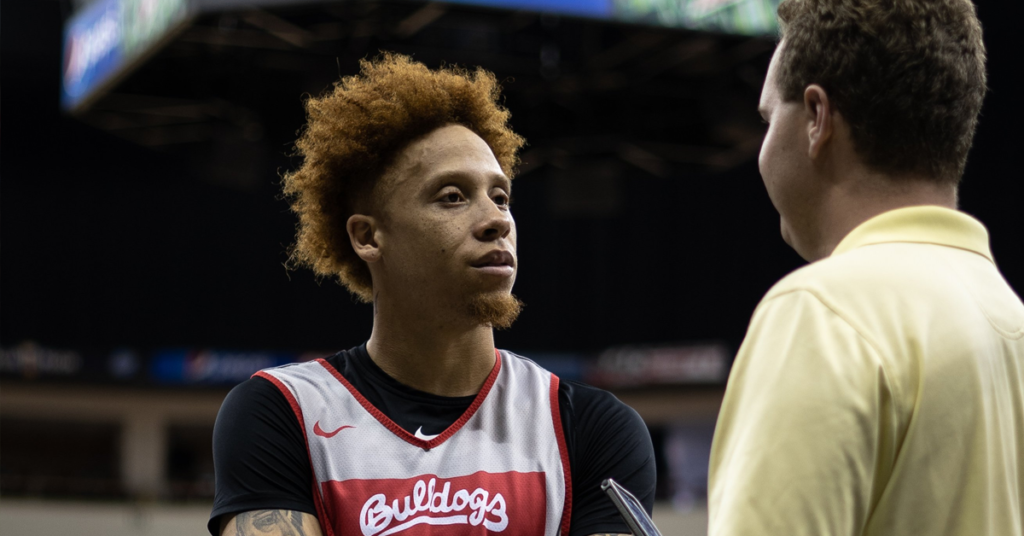 Coming off a 23-win season and third-place finish in the Mountain West, the Fresno State basketball team is gearing up for a new year.

The Bulldogs start fall practice Wednesday in preparation for their season opener at Pac-12 Tournament Champion Oregon on Nov. 5.

It’s year two for head coach Justin Hutson. Last season the ‘Dogs made it to the semifinals of the Mountain West Tournament, where they lost to eventual champion Utah State. Hutson got off to a great start in his head coaching career, winning more games than any other first-year head coach in program history.

The Bakersfield native called his first year a “special year” and said it was exciting to be back in the Valley.

“A lot of great comebacks, exciting style,” Hutson said. “ You just really thank the seniors that were here, for them to buy in right away. We played a little faster. For them to lead and show up every day with a great attitude, you thank those guys, and then you’re happy with the other returners for following their lead. It was a very fun year.”

Replacing the seniors from last year’s team is no easy task. Braxton Huggins, Deshon Taylor and Sam Bittner started a combined 89 games. Huggins and Taylor were the two leading scorers, and Bittner paced the team in three-point percentage.

“That will be tough, but that’s a good challenge,” Hutson said. “You’re going to miss those guys, that experience. You’re talking about 14 years of college experience with three guys. But now you’ve got Noah [Blackwell], New [Williams] and Nate [Grimes]. It’s their turn to step up. And you have a lot of young guys that are hungry and excited to get out on the floor.”

Grimes, Blackwell and Wiliams are all seniors this year and return to the Bulldogs with the most playing time. They ranked third, fourth and fifth in points scored last season, respectively.

“I’m excited about the three seniors,” Hutson said. “They have to move from being just a piece on the team to being a focal point, somebody that you can count on every day. So we talk about you win with men, and men have to get up and go to work every day no matter what goes on. So we want to have less bad days with those three seniors and more consistently good days, especially with their attitude and effort.”

Now they’re the leaders of the ‘Dogs, and they aren’t backing down from the responsibilities that come with that.

One of the focuses last year was embracing the “Valley tough” mentality.

“We embodied the term Valley tough,” Williams said. “That was our thing.”

And that’s the goal moving forward replacing the lost production from last season and bringing in a younger team.

The ‘Dogs have a hometown player returning to the Valley. Forward Chris Seeley is from Central High School and originally attended Utah before transferring to Fresno State. After sitting last season due to NCAA transfer rules, Seeley figures to play a prominent role this season, bringing the ability to play inside and out with his 6-foot-8 frame.

Forward Orlando Robinson headlines the highly-touted freshmen class and should earn immediate playing time. He’s also capable of playing inside and out standing at 6-foot-10. He was rated a three-star prospect coming out of Las Vegas.

Oregon State transfer Jordan Campbell will be eligible to play in January after transferring to Fresno State in the middle of the season last year.

Diouf is originally from Dakar, Senegal. He moved to the United States at the age of 16 and played for the DME Academy in Florida. With his size and skill, he could be in for a breakout season.

“Embiid is my favorite player,” Diouf said. “I watch all his games. I see myself playing more like him.”

With all the new faces that will make an impact with the Bulldogs this season, Hutson’s relationship with his players is a constant that brings the best out of the team.

Blackwell added, “I just see a coach that cares about his players. He’s always looking to help out with you on or off the court. He’s always there if you need to talk to. So I feel like that’s the biggest part that we have with him, because not many coaches you could go to and talk to about just life in general.

“I feel like that makes us closer, and just excited for him, happy that he’s going to be here for a while. Some of the people here don’t know how good they have it, because there’s some other coaches that wouldn’t do what he does for us. I’m just thankful to be here.”