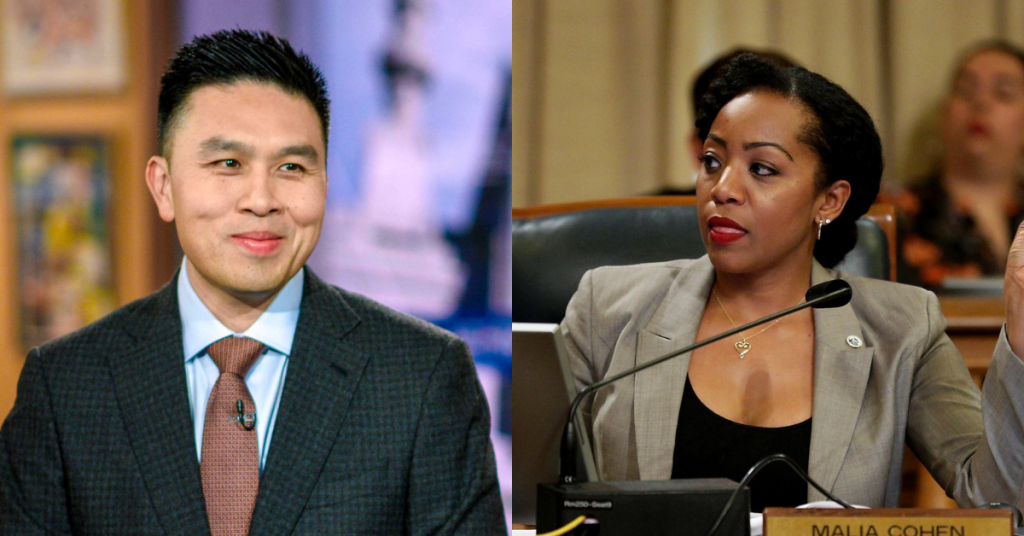 California’s State Controller race is gearing up to be one of the most competitive in the state as Republican Lanhee Chen faces off against Democrat Malia Cohen.

Chen is currently a fellow at the Hoover Institution and teaches public policy and law at Stanford University.

He has experience working for Republican presidential campaigns, most notably as the policy director for Mitt Romney in 2012.

Cohen is trying to make the jump from the California Board of Equalization to Controller, the same path current Controller Betty Yee took.

Before that she served on the San Francisco Board of Supervisors from 2011-2019.

Despite Democrats outnumbering Republicans nearly two-to-one in the Golden State, Chen offers what might be the best chance for Republicans to win a statewide office in nearly two decades.

Chen has positioned himself as the needed independent watchdog on the Democratic led government, winning major endorsements, including from the LA Times.

He has been vocal about the state’s Employment Development Department’s failures with unemployment payments, resulting in over $11 billion lost to fraud.

Cohen on the other hand has focused the conversation on diversity and equity, with her campaign website saying addressing equity will be a cornerstone priority.

Another sign that Chen stands more than a fighting chance in November comes in the form of fundraising.

Chen has raised over $4.2 million with $3 million still on hand, as of the latest filing period at the end of September.

Cohen’s war chest is significantly less after she has raised $2.3 million and only has $529,000 left.