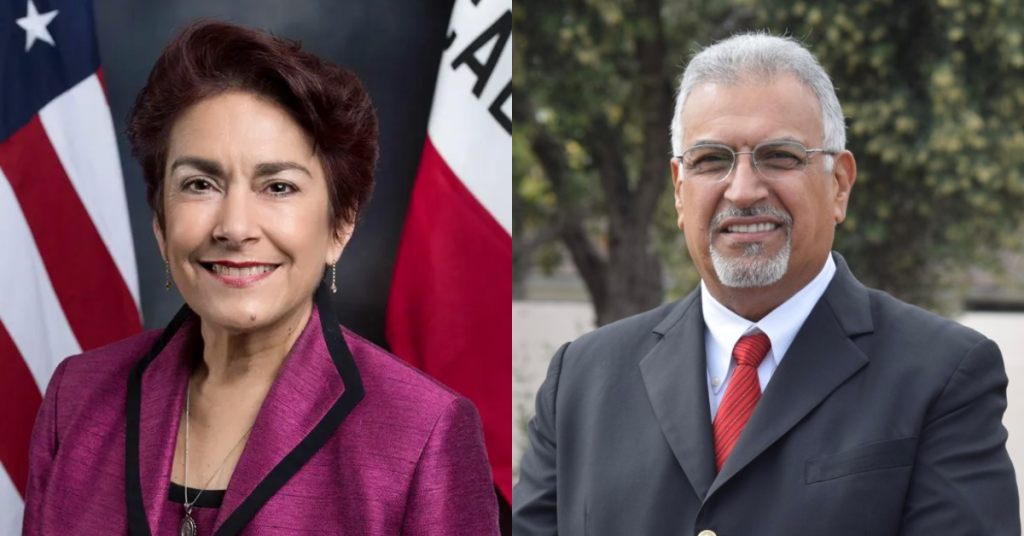 The race for State Senate District 14 pits a longtime pillar of California’s Democratic establishment Democrat against a newcomer whose calling to politics comes after serving as a Rabbi.

The issue for Fresno Rabbi Amnon Shor, a Republican, is that the newly-drawn 14th Senate District holds nearly a 20-point registration advantage for Democrats.

Incumbent Sen. Anna Caballero (D–Merced) won the primary by more than 10 points, and it would be a political stunner if she lost any ground to Shor in November.

California’s redistricting at the end of last year forced a move for Caballero.

While the new 14th District overlaps considerably with the current 12th district that she represents, Salinas was grouped in with a Central Coast-centric district, pushing Caballero’s hand into the Valley.

She was first elected in 2018 and has the backing of the Democratic Party as well as local Democratic leaders such as United Farm Workers co-founder Dolores Huerta.

Gov. Gavin Newsom recently signed a bill authored by Caballero that introduced the $20 million Abortion Practical Support Fund to help women pay for travel, lodging and other expenses to seek out abortions.

Shor is campaigning as a stark political opposite to Caballero.

He recently appeared at Fresno City Hall to protest the city’s facilitating of $1 million for a local Planned Parenthood clinic.