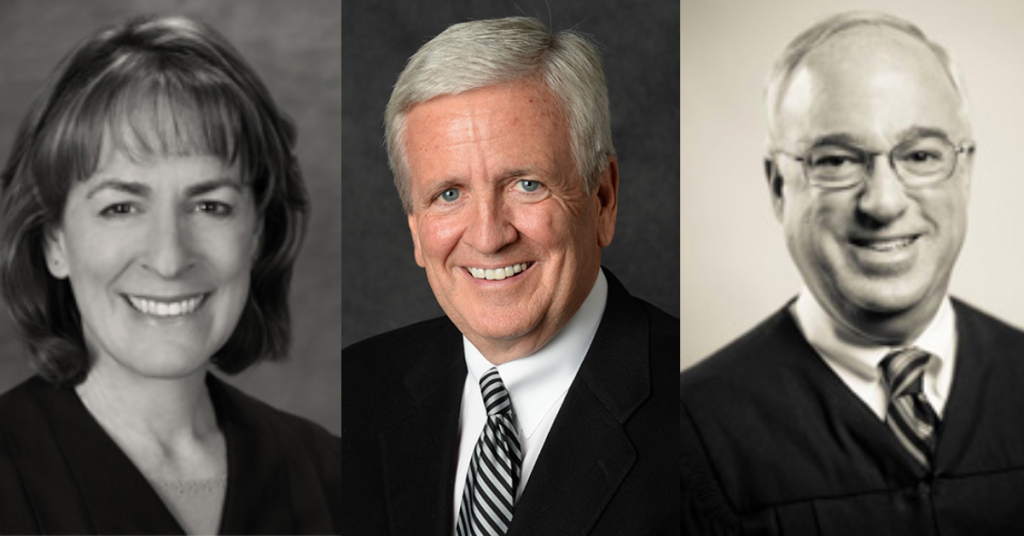 Three local judges in the Fifth District Court of Appeal are up for retention in the November election.

In a legal system often bogged down by delays, the Fifth District managed to avoid a considerable amount of added logjam during the coronavirus pandemic by maintaining staving off court closures and rendered a whopping 4,000 decisions during the pandemic era.

Hill earned his undergraduate and master’s degree from Fresno State before graduating from the University of California, Hastings College of the Law in 1983.

In 2006, Governor Arnold Schwarzenegger appointed Hill to the Presiding Justice post on the Fifth District Court of Appeals.

Throughout his tenure Hill has served on various committees and boards, including the Council of Chief Judges of the State Courts of Appeal, the Task Force on Mental Health and Criminal Justice Issues, the California Judicial Education Program, the California Judges Association and many others.

Levy, the most senior member of the Fresno-based appellate court, completed his undergraduate studies at UC Davis and received his law degree in 1977 from the University of Pacific McGeorge School of Law, after which he entered private practice in Fresno where he primarily focused in the family and business law fields.

Gov. Wilson elevated Deukmejian to the appeals court in 1997.

Levy, a graduate of Fresno High School, has been active in the local community as the initial organizer of the Fresno County Domestic Violence Roundtable. He was also the recipient of the Mentor Award from the Fresno County Young Lawyers Association in 1993.

Detjen was initially appointed to the Madera County Superior Court in 2000 by Gov. Gray Davis, and in 2010, Gov. Schwarzenegger appointed her to the Fifth District Court of Appeal.

She served on include the Labor and Information Dispute Panel and also as Special Master on proceedings instituted by the Commission on Judicial Performance.

Detjen has also filled in pro tempore on the California Supreme Court.