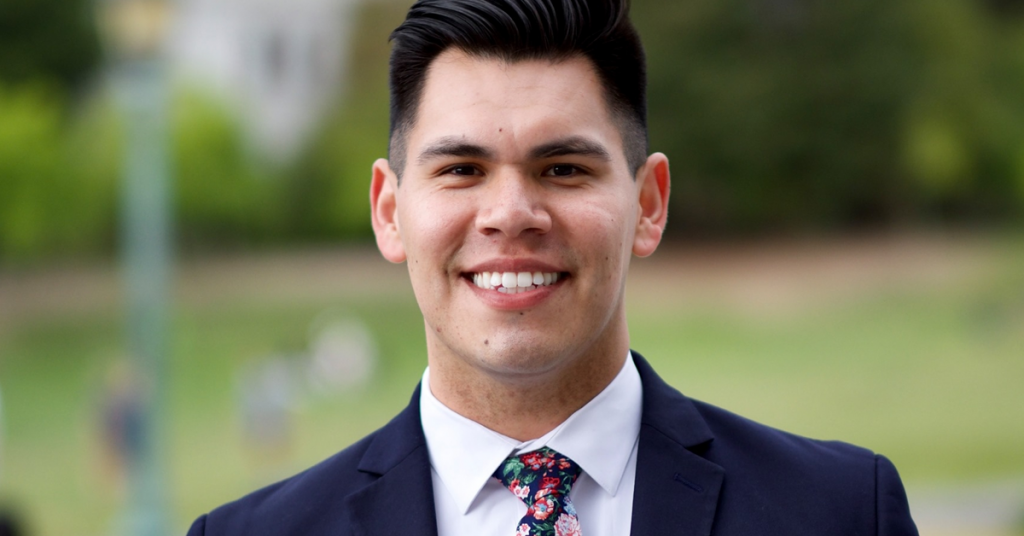 Angel Lara, a former aide to Sen. Dianne Feinstein (D–Calif.) and Bakersfield resident, announced that he would abandon his bid to challenge newly-returned Rep. David Valadao (R–Hanford) in the 2022 election.

Lara was one of a handful of Democrats vying to oust Valadao one election removed from his return to Washington.

Valadao, who held the heavily Hispanic south Valley seat for three terms, was ousted from Congress in 2018 after a razor-thin 862-vote defeat to Fresno Democrat TJ Cox.

In a statement, Lara said he was committed to defeating Valadao, just not as a candidate.

“While it’s bittersweet to end my campaign for Congress, I remain committed to doing everything I can to help Democrats flip this seat in 2022,” he said in a statement.

“This campaign was always about taking back our district from Trump’s Republican party, and I’m so grateful to everyone who supported me over the past few months. As a gay son of Mexican immigrants, my story is the story of the American Dream.”

In a single, full financial quarter, Lara managed to raise $56,311.24, which ranked second among a field of three active Democratic candidates at the time.

But another millennial Democrat was leading the field: 25-year-old Delano Mayor Bryan Osorio, who hauled in $60,313.31 to lead the pack of Democrats for the second-straight quarter.