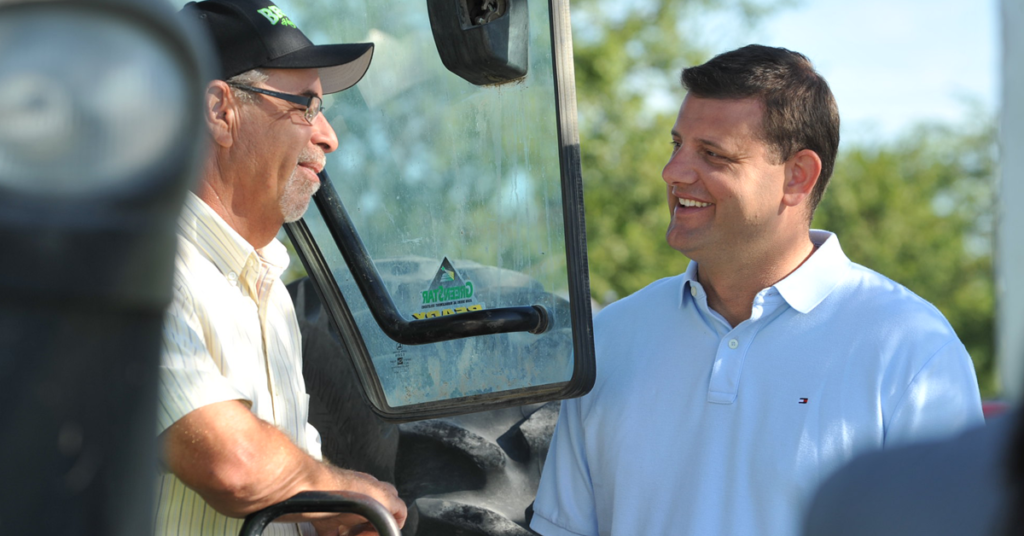 Valadao, who won his seat back in Congress after a two-year respite courtesy of a razor-thin defeat amid 2018’s Blue Wave, has seen varying degrees of interest in his highly Hispanic and Democratic district since returning to Washington and promptly voting to impeach former President Donald Trump.

For the first time since it was drawn in 2011, the 21st Congressional district (or whatever number California’s citizen-led redistricting commission assigns) will see a field of more than four candidates in a primary.

As it stands now, Valadao faces seven opponents on both sides of the aisle, including Salas.

While Salas didn’t begin raising money until his announcement on Monday, the top dog in the cash dash might surprise you.

Instead, it’s Bryan Osorio, the 25-year-old Mayor of Delano, whose white-hot support among young, progressive small dollar donors has enabled him to crack $100,000 raised in the span of six months.

Yet, despite leading two the fundraising haul among Valadao challengers for two straight quarters, it’s a far cry from the man he’s hoping to oust.

Valadao posted a quarterly haul of more than $270,000, bringing his total war chest to over $1 million. As it stands now, only one incumbent Valley rep hasn’t cracked the seven-figure mark for campaign cash-on-hand: Rep. Jim Costa (D–Fresno).

Valadao’s early fundraising edge comes despite the occasional barb from Trump over the 11 Republicans who voted to impeach him in January, it also comes amid little appetite from GOPers to bolt for one of the three Republicans challenging the Hanford dairyman from the right.

It all adds up to a tall order for the newest entrant, Salas.

Here’s a look at fundraising totals around the Valley floor for the most recent fiscal quarter: