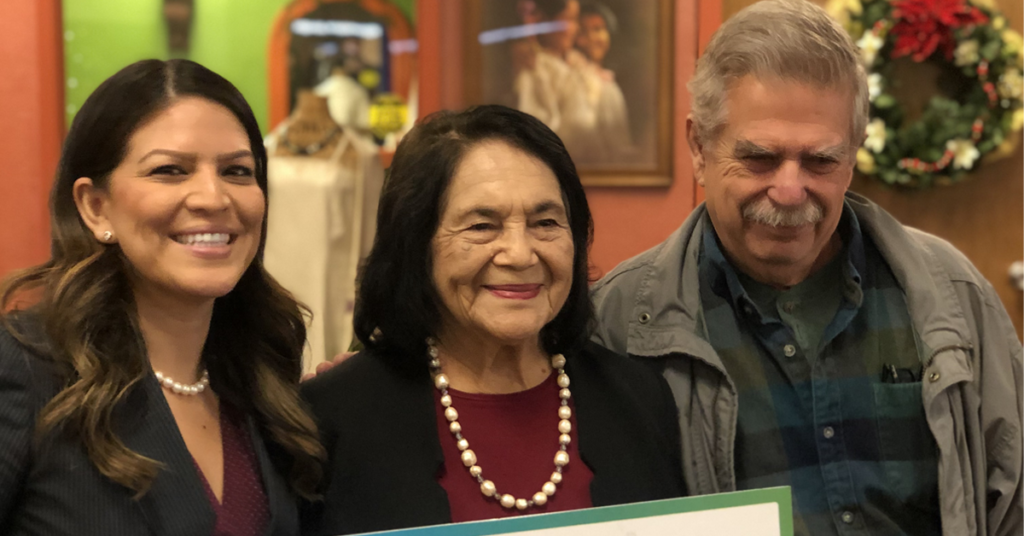 Soria and Huerta announced the news at a press conference at Artes America in downtown Fresno on Tuesday morning.

Before making her endorsement official, Huerta took a moment to reflect on the rich resources in the San Joaquin Valley.

“We are blessed that we can feed the nation and the world,” Huerta added.

She pivoted to a critical talking point for Soria: incredible poverty despite the rich bounty.

“For so long that we have been wanting and hoping that we could get someone to represent us in Congress that will address the issues of poverty in our communities,” Huerta said of Soria.

“We can all breathe a big sigh of relief, because now we have a champion – a champion that’s going to fight for us,” the labor leader said in reference to Soria.

When asked about the drive to endorse Soria over Costa, whose career as a legislator dates back as far as Huerta’s does in labor organizing, the 89-year-old said that Costa was focused on “his constituency” as a Congressman often to the detriment of “other constituencies” within his district.

She added Costa once represented parts of Kern County, her home, from 2005 through 2013 in the old 20th Congressional District, which covered Fresno, Kings, and Kern counties.

One Republican, retired educator Kevin Cookingham of Fresno, is also in the running for the 16th Congressional District.