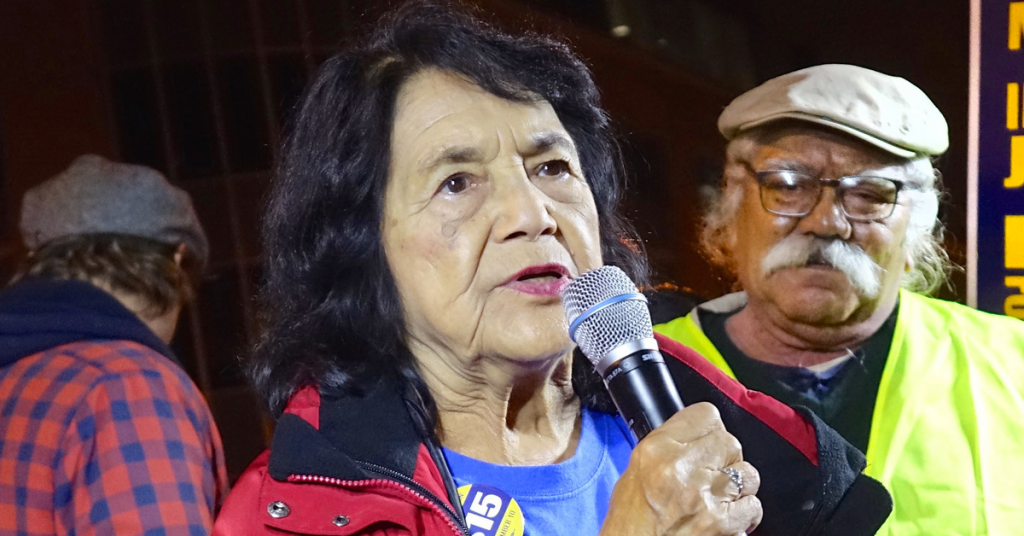 Tulare County is facing the threat of a voting rights lawsuit if new district lines for the Board of Supervisors don’t follow the exact demands being made by the Dolores Huerta Foundation.

Huerta Foundation lawyer Maggie Melo told the Tulare County Advisory Committee on Supervisorial Redistricting at its Sep. 9 meeting that the foundation will likely bring a lawsuit against the county if the district map sponsored by the foundation is not adopted.

The foundation wants to see the new districts reflect the county’s Latino majority.

“We knew that the demographics of the county have changed over the last 10 years to the point that several supervisory seats could have been majority Latino,” Melo said.

“However, they were not.”

With the new census data released, Melo said the commission has a chance to correct past perceived errors and recommend to the Board of Supervisors that the foundation’s map be adopted.

“That map would create several more Latino majority districts, which would accurately reflect the current demographic composition of this county,” Melo said. “A failure by the Board of Supervisors to adopt this plan will likely result in litigation to enforce the federal Voting Rights Act to vindicate the rights of our clients.”

Melo pointed to the 2018 settlement between Kern County and the Mexican American Legal Defense and Educational Fund (MALDEF)– which created a second Latino-majority district in the county – as a comparison for what could be in store for Tulare County.

There’s a small catch with all of the Huerta Foundation’s demands.

With Latinos making up about two-thirds of Tulare County’s population, all of the districts are already comprised of Latino majority of residents.

The current districts have the following Latino population percentages:

Garcia’s map concentrates a majority non-Latino population into Districts 3 (which contains of Visalia and Tulare) and District 5 (the eastern block of the county) decreasing in their Latino population share, while the other three districts would end up with Latino populations that would make up over 70 percent of the communities.

Garcia’s districts would have the following Latino population makeup:

Tulare County sources with knowledge report that the Huerta-designed map places the homes of four of five Supervisors – Larry Micari, Dennis Townsend, Amy Shuklian, and Pete VanderPoel – within two of the five districts.

Only Supervisor Eddie Valero remains within a single district without competition from another incumbent Supervisor.