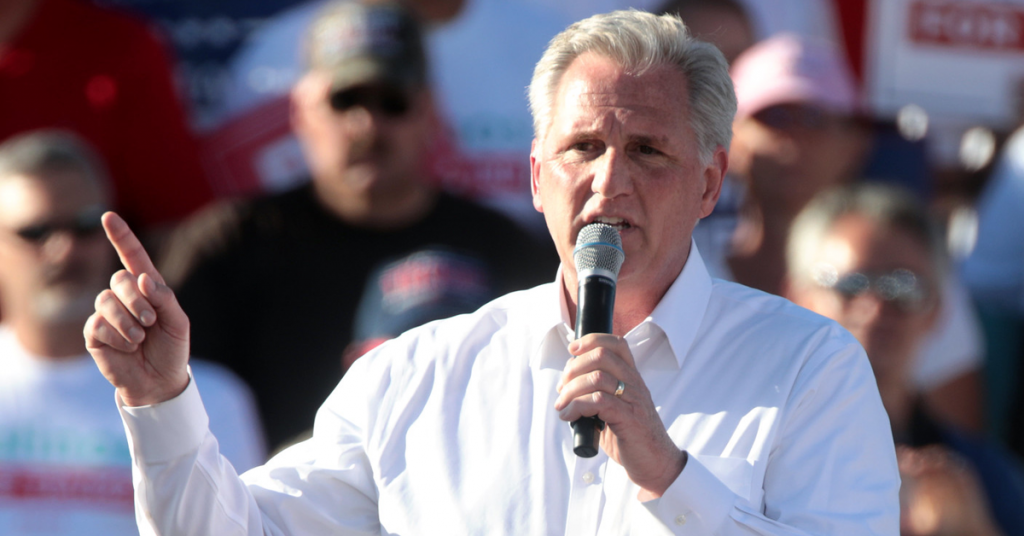 Three members of the House are allowed to speak for unlimited amounts of time during floor debate in what’s known as a “magic minute”: the Speaker, majority leader and minority leader.

McCarthy used one of the few tools available to the House minority to delay proceedings by beginning his floor speech at 8:38 p.m. and continuing for more than four hours.

During the first couple hours, Democrats repeatedly interrupted McCarthy’s speech with jeers and yells to “vote!”

“It’s okay. I’ll be here a long time,” McCarthy taunted Democrats. “I think I’m upsetting other people on the other side of the aisle by telling them what’s in the bill. They just yelled at me that they’re leaving.”

McCarthy’s speech primarily included the main GOP arguments against the legislation; he blasted it as “reckless” spending that wouldn’t address the costs of inflation on Americans’ minds.

But McCarthy also spent much of his remarks veering into topics such as immigration at the southern border; his inability to afford a Tesla and friendship with the electric vehicle company’s owner, Elon Musk; his experience getting a COVID-19 booster shot earlier Thursday; and the Wednesday vote on a resolution put forth by Democrats to censure Rep. Paul Gosar (R-Ariz.) and remove him from House committees for posting an anime video on social media that depicted him killing Rep. Alexandria Ocasio-Cortez (D-N.Y.).

“I know your side has no problem removing people from committees. I wonder if people keep talking they should be removed from the floor,” McCarthy said after Democrats interrupted him again.

The previous record for the longest House floor speech was set by Speaker Nancy Pelosi (D-San Francisco) in 2018, when she spoke for more than eight consecutive hours in four-inch stilettos to demand that House GOP leaders commit to holding a vote on an immigration reform bill. Pelosi largely spent that time reading aloud stories of individual undocumented immigrants known as “Dreamers.”

A) House has called off any vote tonight on the social spending bill. McCarthy has been on the floor now for more than 4 hours. House reconvenes at 8 am et tomorrow – unless McCarthy is still going. House will plan to vote during the day on Friday

Sources with knowledge on Capitol Hill told The Sun late on Thursday night that McCarthy intended to break Pelosi’s record.