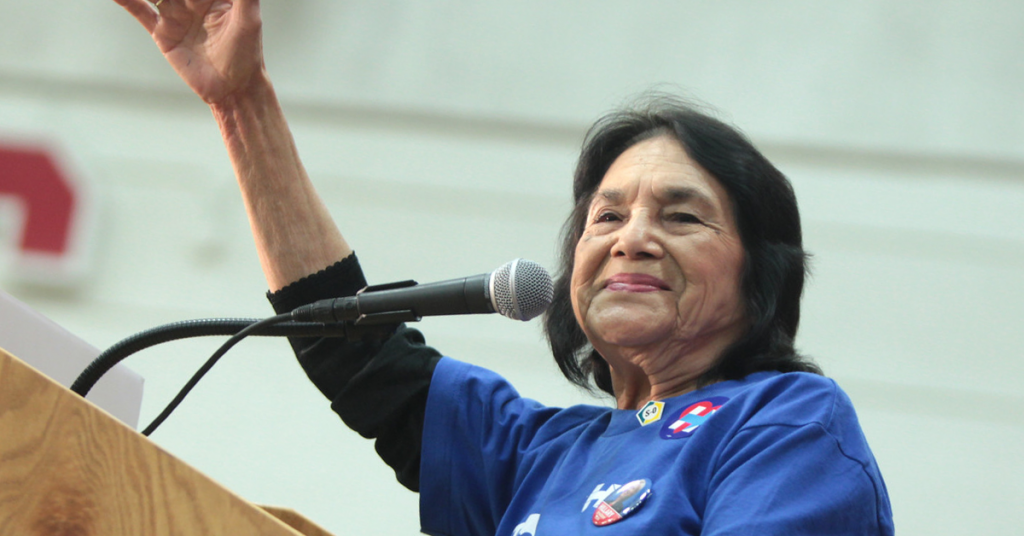 Huerta threw her support behind the Tribal Sports Wagering Act in an announcement Wednesday.

The Tribal Sports Wagering Act will appear on the November ballot. If passed, tribal casinos and certain horse racetracks will be able to offer in-person sports betting. The casinos would also gain access to roulette and dice games such as craps.

“Latino and Indigenous communities have a deeply intertwined history of oppression and being treated as second-class citizens in California,” Huerta said in a statement. “Tribal gaming has given California’s Indian tribes the resources to fight through generational poverty, oppression and disenfranchisement. The in=person Tribal Sports Wagering Act will empower tribes to create new economic opportunities for their members and all Californians through safe, responsible sports wagering.”

While the tribal gaming initiative is already on the November ballot, a competing online initiative could soon be added as well, once signatures are certified.

That initiative, titled the California Solutions to Homelessness and Mental Health Act, would legalize sports betting outside of tribal lands.

Companies such as FanDuel, DraftKings and BetMGM – the backers of the initiative – would be able to offer online sports betting by partnering with an Indian Tribe.

Despite that proposed partnership, Huerta spoke out against the online gaming initiative, calling it “misguided and dangerous.”

“This measure is a direct attack on Indian self-sufficiency that would also expose youth and the disadvantaged to the perils of online gaming,” Huerta said. “We are no strangers to corporations seeing California as nothing more than a piggy bank to extract wealth at the expense of the disadvantaged. That’s why I urge all Californians to oppose this deceptive online gambling scheme.”

The tribal gaming initiative would place a 10 percent tax on sports betting placed at racetracks, which would fund problem gaming and mental health research within the California Department of Public Health, the enforcement of gaming rules and would enter the state’s general fund.