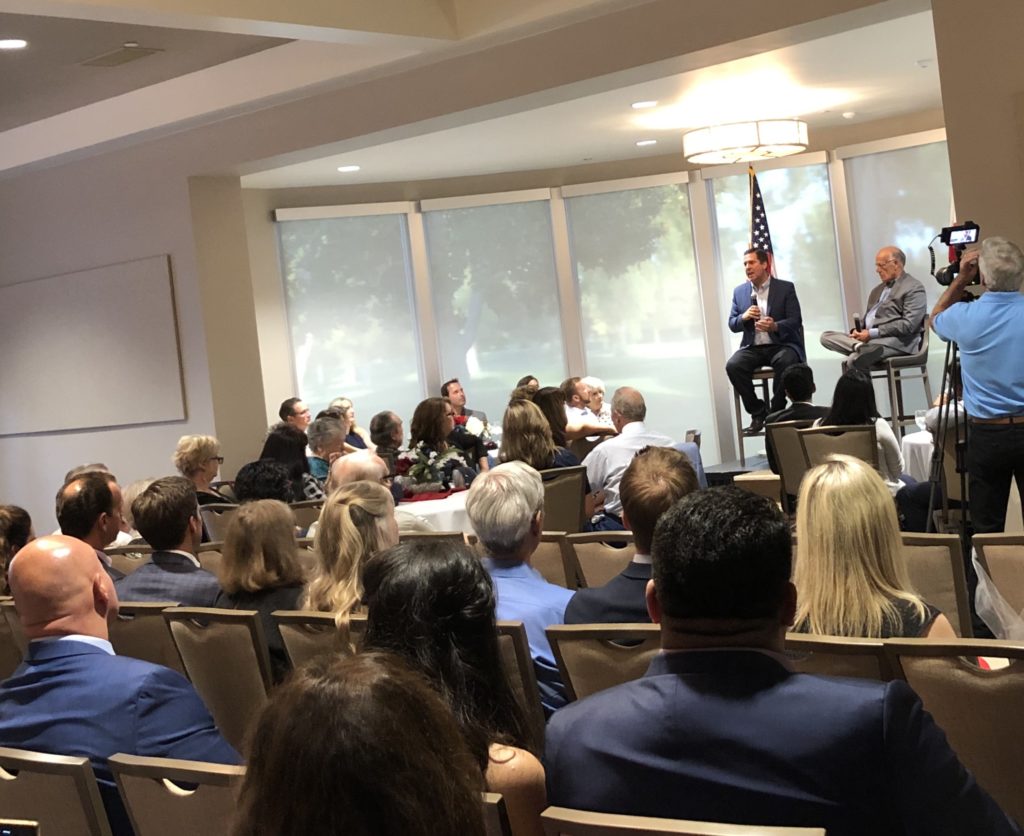 In the process, they didn’t shy away from throwing red meat at the crowd.

In a Q&A format, Hanson started off Wednesday’s event with a conversation on current national security developments now that the Mueller Report on Russian interference in the 2016 election has faded.

Nunes covered considerable ground on the issue, notably the widespread abuse of unmasking of Americans whose communications were collected by intelligence agencies, including several members of the Trump transition team.

That issue, Hanson noted, was the flashpoint that brought Nunes into the American zeitgeist in the Trump era.

“I thought that the President ought to know that people on his transition [team] were being unmasked and it wasn’t related to Russia,” Nunes said, explaining his role while chairman of the House Intelligence Committee in 2017.

He ultimately segued to the bigger news of the day, that former colleague David Valadao (R–Hanford) announced he would seek a rematch with Rep. TJ Cox (D–Fresno) in 2020.

Nunes launched in by referring to Cox as “a total loser” and implored the crowd to place greater energy, attention, and resources into the hotly-contested south Valley seat.

The Tulare Congressman did not hold back on his misgivings about how little Cox was vetted in 2018.

“The media was sitting on fraudulent issues,” Nunes said of Cox’s various ethics and financial disclosure issues that have arisen since taking office in January. “Now you’re barely starting to see some of that. They wouldn’t bring it up [during the 2018 election].”

“I guarantee you 98 percent of those people were people who believed in the Russia hoax,” he added.

The pair also mused on the current vitriol being stirred among Democrats and the progressive movement against conservatives compared to the George W. Bush era and discussed possible pathways for the Republican Party to recapture support in the Golden State.