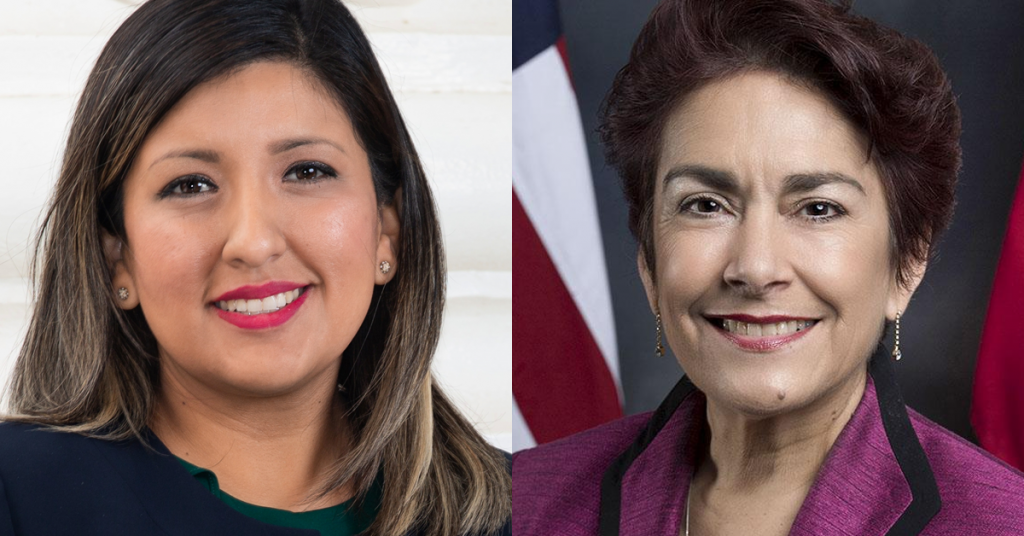 The foot race between Sens. Anna Caballero (D-Salinas) and Melissa Hurtado (D-Sanger) for a Fresno County-anchored seat this November began in earnest on Saturday with the Democratic Party’s regional pre-endorsement meeting.

Candidates receiving 70 percent of support from local delegates are set to be approved by acclimation during the upcoming party convention.

In the battle between the two Senators, Caballero won the backing of 78 percent of local delegates, handing her a likely endorsement during the party’s early March convention in Los Angeles .

While California’s Democrats can reverse pre-endorsement recommendations from local activists, recent memory only points to one occasion in the San Joaquin Valley: a controversial 2016 flip from Fowler Mayor Pro Tem Daniel Parra to Emilio Huerta in a Congressional face-off against Rep. David Valadao (R-Hanford).

The other Valley Senate seat facing a wild and crowded Democratic field is the 16th Senate District.

There, an even split over endorsement emerged between Delano Mayor Bryan Osorio, union leader Imelda Ceja, and attorney Robert Fuentes.

With no candidate mustering 50 percent, the party will not consider endorsement at convention.

Former Asm. Nicole Parra (D-Bakersfield) did not appear to apply for the party endorsement process in the south Valley Senate seat.

Elsewhere, Merced Asm. Adam Gray came up just short of locking up a consent endorsement at convention with 69.35 percent of the vote from regional delegates for the newly-vacant 13th Congressional District.

With Gray and Perez failing to reach 70 percent with regional delegates on Saturday, they will have to make their case again to delegates at an endorsement caucus in Los Angeles. Any candidate that mustered 50 percent but short of 70 percent support in pre-endorsement proceedings will face a similar second push in March.

Meanwhile, only one state or Federal incumbent Democrat failed to lock-up 70 percent support for endorsement: Asm. Carlos Villapudua (D–Stockton). The freshman Assemblyman mustered only four votes from delegates, equating to 13.79 percent of the vote.

72.41 percent of delegates voted for no endorsement.

Here’s a look at who’s set for consent endorsement in L.A.