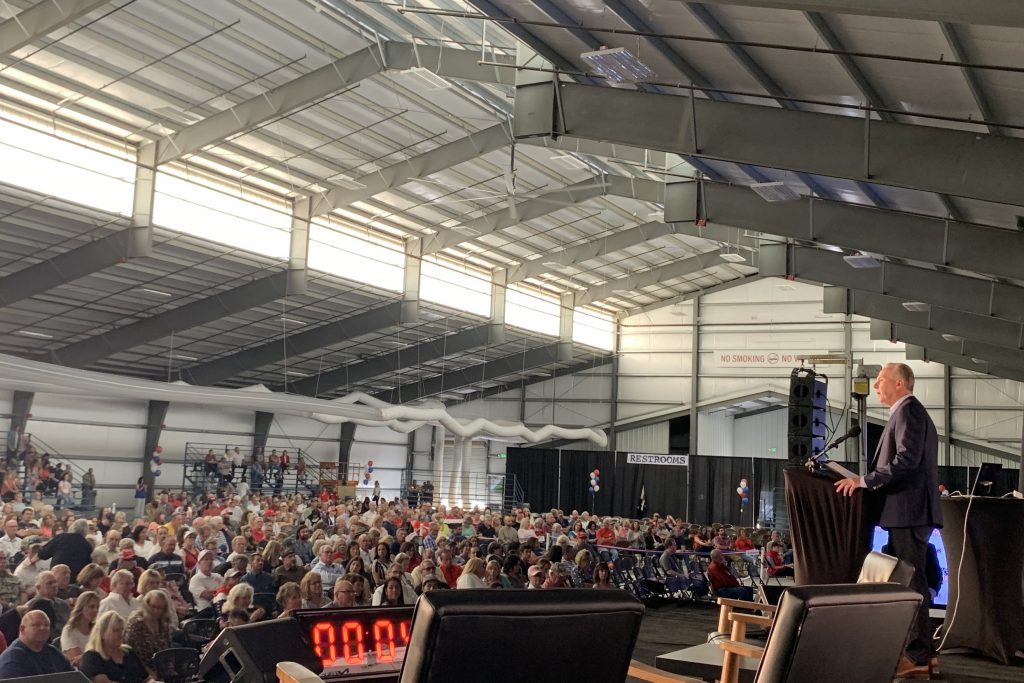 Faulconer, the former Mayor of San Diego, was the sole recall candidate to speak at the Freedom Festival, arriving mere days after fellow San Diegan gubernatorial wannabe John Cox in visiting the Valley this week.

“Gavin Newsom is going to be recalled,” Faulconer said to the assembled thousands. “And why? Because Californians all around the state know exactly what we do. It is time for a change at the top. It is time to end one party rule in Sacramento, which has not been working for us.”

One question has been hanging over the recall: Can a Republican win a statewide election in California?

Cox thought so in 2018, but he ended up losing to Newsom by nearly 24 points.

Despite Cox’s failure, Faulconer is not dismayed.

He pointed to his results as mayor in San Diego – a city with more Democrats than Republicans. He won 53 percent of the vote in the first election and garnered 58 percent in his reelection bid.

Faulconer said he was able to win over San Diego and is capable of winning the recall because he believes Californians believe in common sense conservative principles and results.

The former San Diego mayor called out Newsom for sacrificing Californians’ livelihoods over the past year, and opting to initiate lockdown measures in response to the COVID-19 pandemic.

“That’s what’s been missing from this governor and this administration,” Faulconer said. “And that’s why you’ve seen so many Californians that have said, ‘No thank you. You didn’t follow the science – strict lockdowns in the country for no reason.’ It’s time to have somebody that’s going to support small businesses.”

The former San Diego Mayor pivoted to arguably the most-pressing issue in the region to-date: the state’s ever-plunging drought.

“It’s time for a Governor who’s going to support agriculture and is not afraid to say, ‘We need more water supply in California and we are going to build it,” he said. “You know who some of the best environmentalists are in this state? It’s our farmers – who are stewards of the land.”

Faulconer also took shots at Newsom for sending his children to private schools while the majority of the state’s public schools were shut down over the past year.

“The fact that our public schools are still not open yet – the governor sends his kids to private school, which have been opened for months,” Faulconer said. “We’re going to change that. It is time to make sure that our California public schools are not open partially, but they’re fully reopened.”

As the state has dealt with the COVID-19 restrictions and economic downturn, Californians also had to deal with a rise in violent crime.

Faulconer blamed Newsom and the legislators in Sacramento, saying the crime wave is a result of their policies.

He also said he stood up to protesters wanting him to “defund the police” last summer by increasing San Diego’s police budget.

“While I was there, San Diego was ranked the safest big city in America,” Faulconer said. “Why? Because we supported our police officers. Why? Because we gave them that help and that support. I’m going to do that as your governor.”