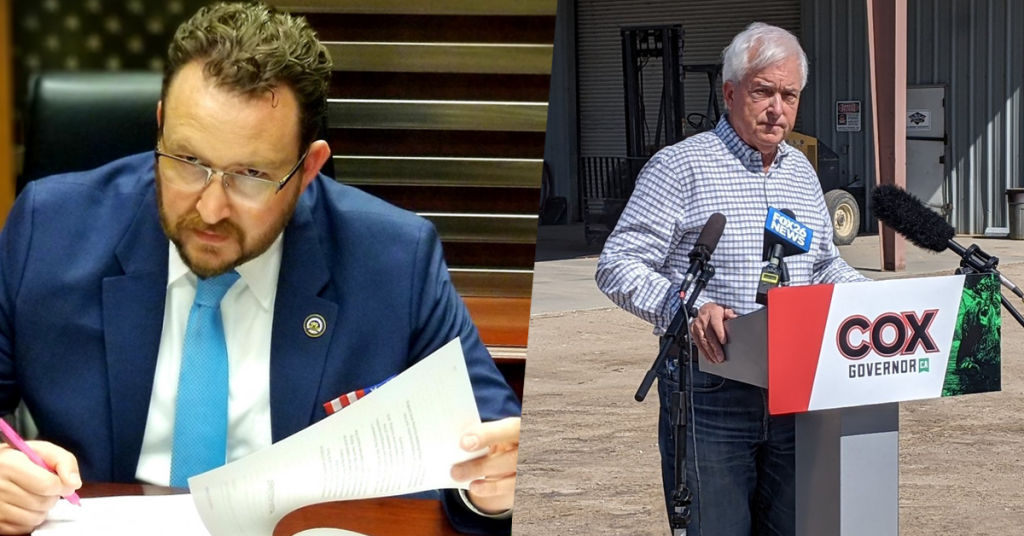 As San Diego businessman and 2018 GOP gubernatorial nominee John Cox continued his statewide tour in Fresno on Thursday after relaunching his bid to oust Gov. Gavin Newsom via the impending recall, he found himself catching flak from at least one local Republican.

Prior to his campaign’s relaunch, Cox and other San Diego-based allies launched salvos at Faulconer over decisions made during his tenure running the state’s second-largest city.

Following a shake-up of his campaign team, the gubernatorial contender returned his focus to casting a one-on-one battle with Newsom, albeit with a touch of political theater in the form of a seven-figure statewide television ad blitz featuring a live Kodiak bear.

During Cox’s appearance at the Machado Dairy in southern Fresno County, four-term Asm. Devon Mathis (R–Visalia) chimed-in with his own demands for the candidate.

If I had that kind of 💸🔥 @BeastJohnCox I would support someone who could actually win @Kevin_Faulconer #GetOutCox Already told you that months ago Bro! #VoteFaulconer https://t.co/kVFDFuQZg6