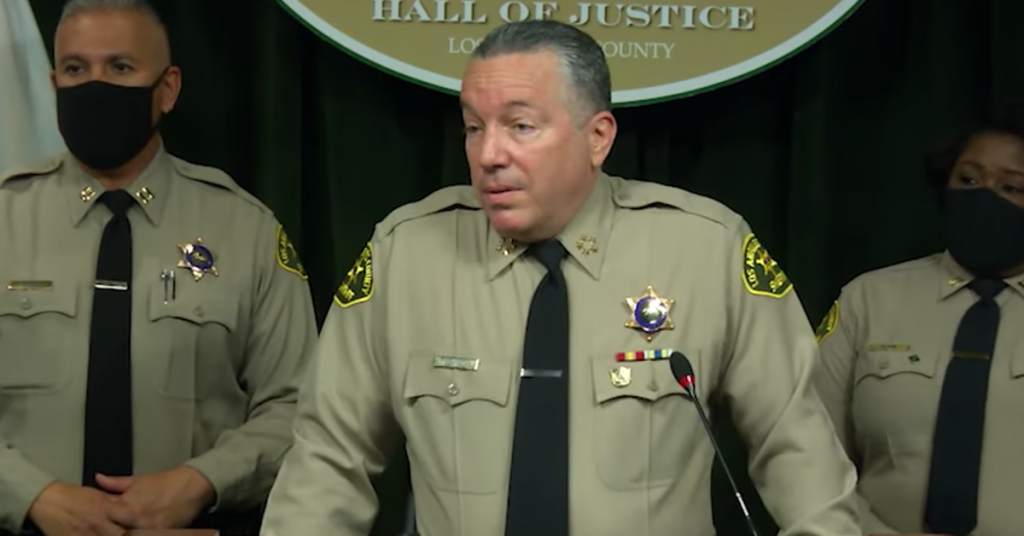 Villanueva, whose struggles combating rising petty and violent crime in the City of Angels along with a deepening homelessness crisis, has become a counterweight of sorts to prevailing sentiment in Sacramento and across California.

“Nothing will change your political viewpoint more than a transient taking a shit in your front yard,” the Sheriff remarked.

Villanueva and Los Angeles deputies have waged a war on homeless encampments run amok in places including Venice Beach.

He echoed sentiments from former Gov. Arnold Schwarzenegger that current dynamics have made Newsom’s months-long cavalier attitude toward the recall appear short-sighted and potentially perilous to his political fortunes.

“The Democratic Party of 2021 has smoked some powerful stuff that’s made them blind to what’s happening on the ground,” he told Puck. “Democrats think party loyalty alone is going to help them survive? They’re fooling themselves. This has nothing to do with politics. It’s not a Trump thing, it’s not a Republican thing. Normal people just want normal stuff they should expect from a functioning government and civil society.”