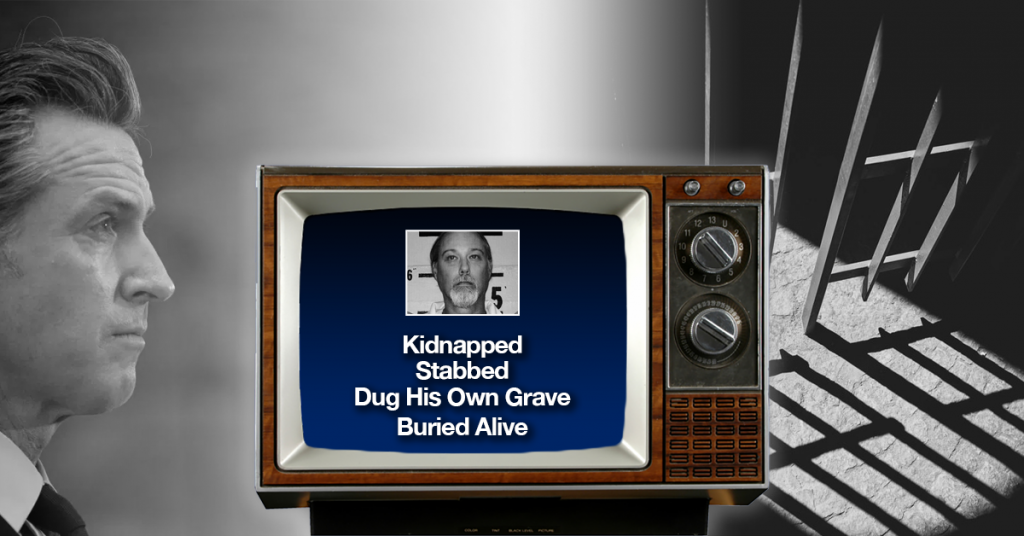 I woke up this morning asking myself just a single question: Gavin Newsom, what in the ever-loving Hell were you thinking?

Newsom, following two straight years of denying parole for Clovis murderer David Weidert, did not intercede on a parole petition Monday, paving the way for his release.

Weidert served four decades of a life sentence issued after a Fresno County jury convicted him in 1980 of first-degree murder in the heinous slaying of Mike Morganti, a developmentally disabled man who served as lookout for Weidert during a burglary.

Morganti, eventually, approached law enforcement about his involvement in the crime.

To silence his accomplice, Weidert lured Morganti into his car, drove him to a remote location, beat him repeatedly, stabbed him, then forced Morganti to dig his own grave before burying him alive.

The gruesome details of Weidert’s crime put him in a new strata of depraved California criminals and read eerily too similar to a crystalizing moment in our nation’s politics.

I refer, of course, to the infamous ‘Willie Horton’ ad.

Horton stabbed Fournier 19 times after the worker handed over cash from the station’s cash register.

Horton did not return to prison after receiving his pass.

The following on April 3, 1987 – more than ten months after escaping from prison via the state’s furlough program – Horton kidnapped an engaged couple in Maryland. He pistol-whipped, stabbed, gagged, and tied the man up before twice raping his fiancée.

Two years after his escape and one year after the horrific kidnapping-assault-rape trifecta, Horton would rise to national prominence as the principal case against Dukakis in an ad circulated by “The National Security PAC.”

Like Horton, Weidert – prior to Monday – was largely just another name and number in the California corrections system.

Now, on the precipice of his release, the Clovis native joined the likes of Charlie Manson, Scott Peterson, and other infamous killers whose crimes have blared on television chyrons and screamed in headlines.

More importantly, Weidert become the poster-child for gubernatorial carelessness in the face of criminal depravity.

Just as Dukakis sought ascendancy to the most powerful position in the free world, Newsom hopes to retain control on a governorship that has rattled on the rails and grows increasingly endangered with each forthcoming public poll showing gains of support to recall him from office.

Which returns me to my initial question: what in the ever-loving Hell are you thinking?

Who needs criminals waltzing out of stores with mounds of stolen merchandise when the Governor will brazenly unlock the cell door for depraved murderers?

This, perhaps, is the end phenomena of Golden State decriminalization run amuck.

It’s worth noting that, after his arrest in Maryland, Horton was sentenced two two consecutive life terms plus an additional 85 years imprisonment in 1987.

When requesting extradition back to Massachusetts, Judge Vincent Femia sternly denied it.

“I’m not prepared to take the chance that Mr. Horton might again be furloughed or otherwise released,” he argued. “This man should never draw a breath of free air again.”

As Californians reckon with another contemptible murderer returning to the streets, such similar relief remains at least 35 days away.