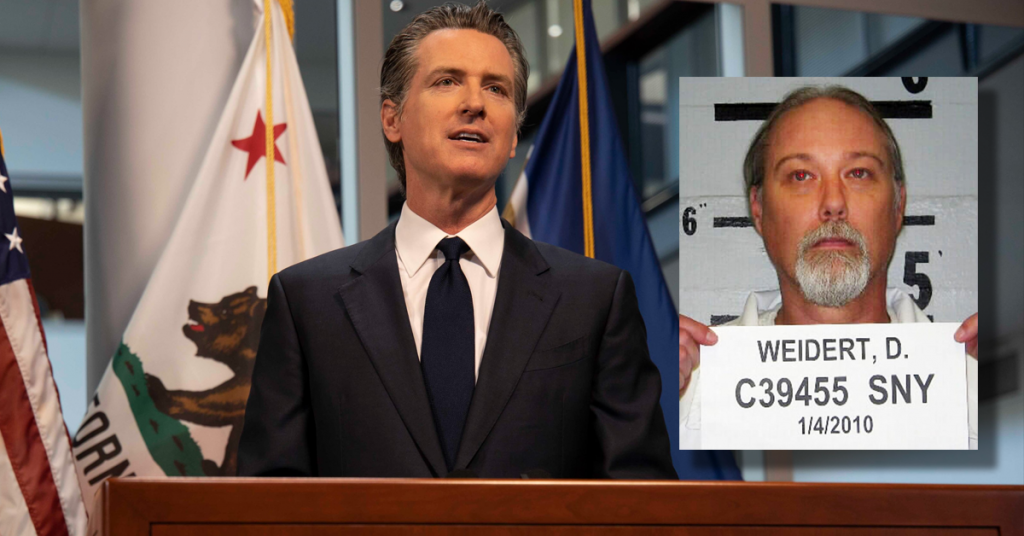 David Weidert, a Clovis man convicted of murdering a developmentally disabled man in 1980, will be released from state prison after Gov. Gavin Newsom consented Monday to his parole on a life sentence.

Weidert was convicted of murdering 20-year-old Mike Morganti. Weidert was found to have used Morganti, who was developmentally disabled, as a lookout as part of a burglary.

Morganti eventually spoke to law enforcement about his interactions with Weidert. The Clovis man lured Morganti into a car, drove him to an isolated, location, then beat him with a baseball bat and shovel, stabbed him with a knife and forced Morganti to dig his own grave before being buried alive.

Weidert has faced numerous parole attempts previously, two of which were blocked by Gov. Jerry Brown in 2015 and 2018.

Newsom similarly blocked parole in 2019 and 2020, citing the fact that Weidert “poses an unreasonable danger to society if released from prison at this time.”

“This allows the parole suitability finding from the Board of Parole Hearings, which determined that he does not pose a current unreasonable risk of public safety, to stand,” a spokesperson for Newsom said following inquiries.

“The truth of the matter is these prison releases are not about crime and punishment, or the rehabilitation  of criminals,” Smittcamp said in a scorching statement Monday. “This is Newsom satisfying the people who want to end incarceration and close our prisons,  even if that means the state’s most dangerous and heinous criminals are set free.”

Smittcamp said that the facts of the Morganti case constituted “the worst of the worst” in her 24 year prosecutorial career.

“Mr. Morganti was developmentally disabled, and he was kidnapped,  forced to dig his own grave, beaten senselessly by a baseball bat, and thrown in a shallow grave by Weidert,” Smittcamp continued. “Upon examination of his body, after his passing, dirt was found in his lungs, indicating he had been buried  alive.”

“It is difficult to comprehend the gravity of the pain and suffering this young man endured before his  death,” the Fresno County top prosecutor said. “It is pathetic that Gavin Newsom is putting his politics, and quest for personal power, over the desires of this victim’s family.”

Asm. Jim Patterson (R–Fresno) who often partnered with Smittcamp in petitioning the last two Governors to deny parole was similarly dismayed at the announcement.

“This is what passes for justice in Gavin Newsom’s California these days,” he said during a Monday press conference.