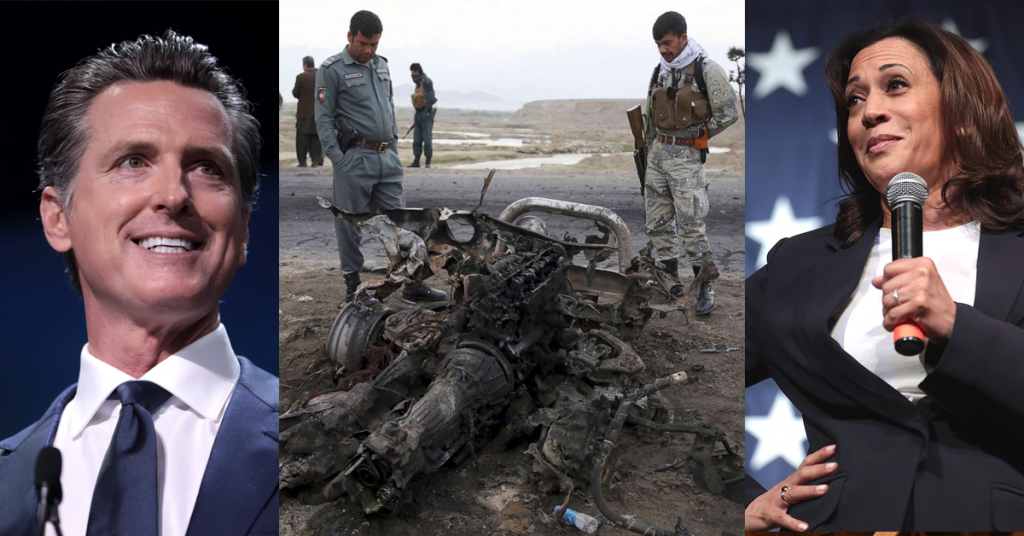 12:03 p.m. – Vice President Kamala Harris will not make her planned appearance at a drive thru campaign rally at the Cow Palace with Gov. Gavin Newsom on Friday.

11:30 a.m. – President Joe Biden and Vice President Kamala Harris’ attempts to leverage national support and rally a defense for Gov. Gavin Newsom in the face of a Sept. 14 recall election is facing its own challenges: a bubbling of crises overseas and in the Golden State.

Harris, who is set to visit the Bay Area on Friday for a “drive-thru car rally” in support of Newsom at the Cow Palace in Daly City, is coming under attack for taking a political trip shortly after American military personnel and civilians were targeted in Kabul amid a mass evacuation of Afghanistan.

12 U.S. service members were killed in the attack. Another 15 are injured, the Pentagon announced.

While American troops are being targeted in Afghanistan amidst Biden’s disastrous moves there. That’s a bad look. https://t.co/rSTxMRzsiF

American servicemembers are being killed by terrorists in Kabul and the VP wants to campaign with the beleaguered CA Gov https://t.co/Ux12l3axRi

Instead of dealing with the catastrophe in Afghanistan that cost American service members their lives…. Kamala is holding a rally for Gavin Newsom…..

Praying for the safety of our troops. https://t.co/MypBE1ORRE

This occurring as reports begin to circulate that more than 10 marines were killed in an airport attack in #Kabul #Afghanistan. No briefing or address by @POTUS today either. https://t.co/OgBMxHVWeM

First of all, how much #tonedeaf can you get. Second, if you 'must stay in their vehicles' what does it matter if you've been vaccinated or tested negatively? (deleted earlier post due to typo) https://t.co/wQrVFfGwTO

The Biden Admin is too busy saving themselves to save our troops and civilians overseas https://t.co/MfEQh6tkxd

No date or location of a Presidential trip has been given.