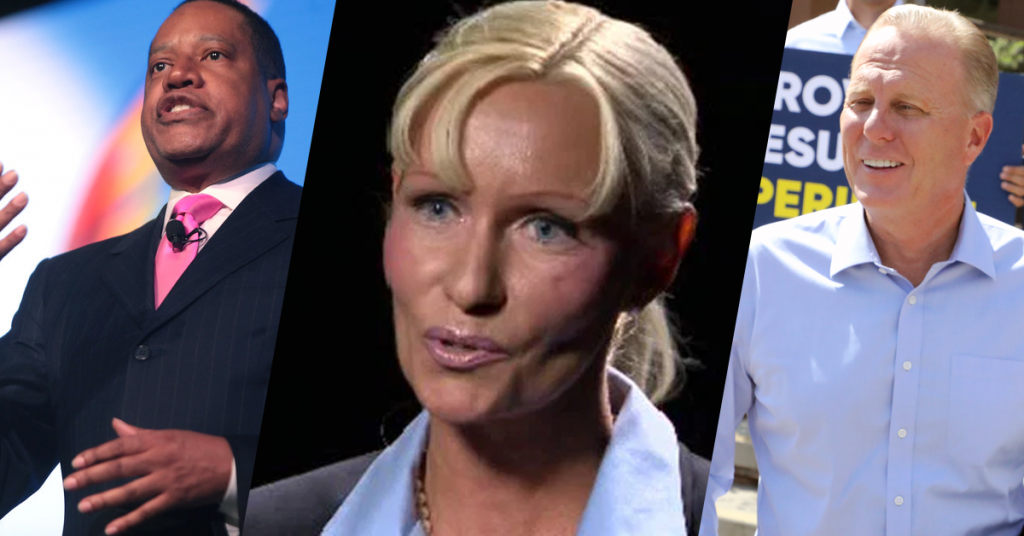 Alexandra Datig, Larry Elder’s ex-producer and ex-fiancée, has thrown her support behind another candidate in the gubernatorial recall election.

Datig, who was also Elder’s longtime radio producer, wrote in her political blog, Front Page Index, that former San Diego Mayor Kevin Faulconer is the best choice to lead California given his history running a city of 1.4 million people.

“One of the most critical abilities Kevin Faulconer has is crisis management and handling of critical response, with the understanding of how to delegate and lead in a state of emergency,” Datig wrote.

“He understands how to build consensus in a dignified and relatable way that brings Californians together. We need this now more than ever before, and that is why I am endorsing Kevin Faulconer for Governor of California.”

While Datig praised all of the candidates for their “common goal of restoring California to its greatness,” she felt that Faulconer’s mayoral experience pushes him above the competition.

Even with how Datig feels Faulconer will perform as governor, why isn’t she siding with her ex-fiancée, who is popular in the polls?

In an interview with Politico, Datig made it clear that she doesn’t think Elder has the competence to run California.

“I don’t like Gavin Newsom,” Datig told Politico. “I think he’s a terrible governor. But I’ve talked to friends in the GOP and said, ‘You need to look at this. It’s not a beauty contest. … It’s about ability and capacity. And I don’t think Larry Elder has the ability or the capacity.”

Elder, a late entrant into the recall race, has leaped into the mix of putative frontrunners on the replacement ballot, leading the field in two recent public polls.