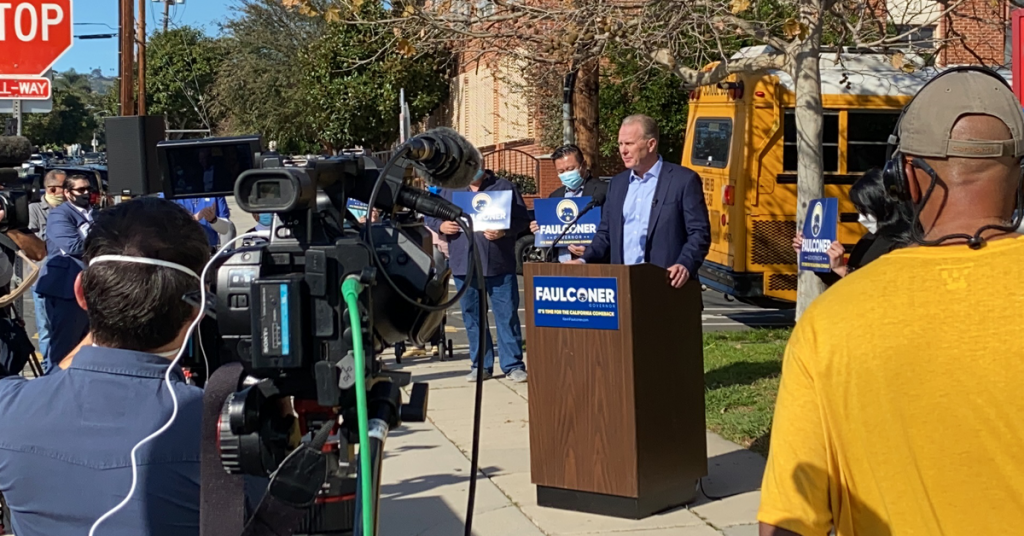 Days after Gov. Gavin Newsom dipped into the state’s $38 billion discretionary surplus for one-time stimulus payments, a leading GOP contender to oust him in the upcoming recall election is proposing to eliminate the state’s income tax for middle class Californians.

Wednesday, Kevin Faulconer – the former Mayor of San Diego – announced his proposal to drastically reduce the cost of living in the Golden State by eliminating the income tax on individuals making up to $50,000 annually and households making up to $100,000.

The proposal comes amid an avalanche of spending pitches from Newsom, who is rolling out elements of a $100 billion budget revision for legislators to weigh-in on in the coming weeks and months.

Leading the way: an expansion of the state’s $600 Golden State stimulus to households earning $75,000 annually.

For Faulconer, a one-off stimulus is endemic of short-term thinking for long term issues in the state.

“If California isn’t affordable, it isn’t livable,” Faulconer tweeted out in announcing his tax cut plan. “We’re going to help you get a break, get ahead, and afford to stay in our great state.”

A study found that the exodus of middle class Californians to other states nearly tripled between 2015 and 2019 compared to 2010 to 2014.

Along with a reduction in effective income tax rates for Californians earning more than $100,000 but less than $1 million, the Faulconer tax plan would also eliminate state income tax burdens for veterans on their military retirement benefits.