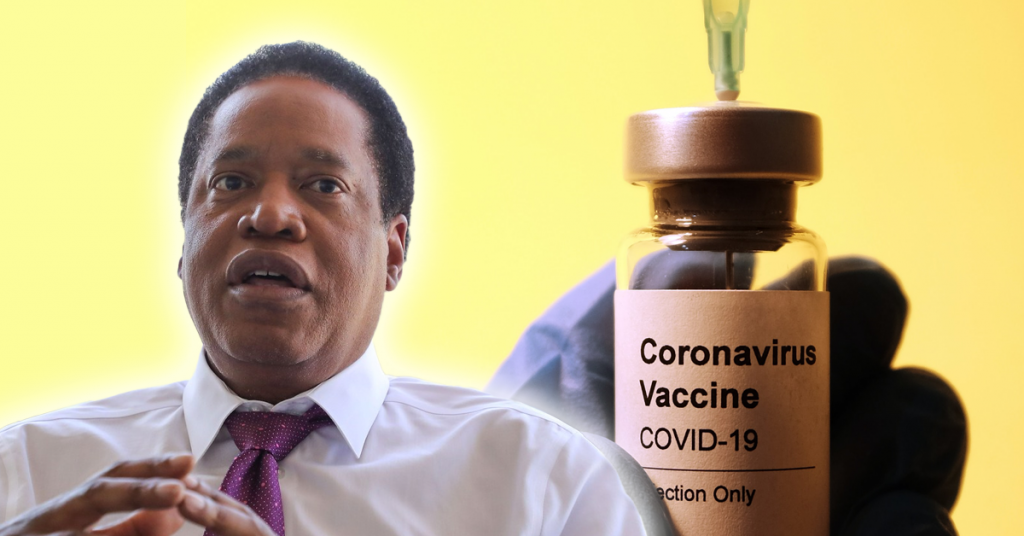 A push by California’s Democratic legislative leaders to utilize a routine, but controversial, method to introduce a pair of sweeping coronavirus vaccine mandates caught the ire of California gubernatorial recall contender Larry Elder on Wednesday.

Language for two bills – Assembly Bills 455 and 1102 – sought to introduce a number of statutory requirements for California workers and consumers to get vaccinated to obtain and keep employment and access public accomodations.

The gut-and-amend process seeks to replace a bill fully-vetted by legislative committees with completely unrelated language just before it is considered by the whole legislative body.

“I’m opposed to vaccine mandates, we still live in a free country,” Elder said during a Wednesday press conference.

Elder has repeatedly pushed back on charges of being anti-vaccination, citing his own vaccination status – tied to age and a pre-existing health condition – and belief that Californians should make their own informed decisions related to vaccination.

“I certainly don’t believe that the government should mandate people be vaccinated,” he added. “When I become Governor, to the extent there are still mandates for state workers – workers that have not been vaccinated have to be tested once a week and wear face masks at work – I’m going to repeal those mandates.”

The only portion of California’s population – and the nation at large – ineligible for vaccination are children under the age of 12.

He added that he would reject any legislation featuring language mandating coronavirus vaccination or face-mask wearing.

Romero – Elder’s most buzzed-about endorsement – chimed in on the subject of Capitol buzz related to the last-minute legislative switcheroo.

“What you’re seeing going on right now really speaks to the party politics in Sacramento – it’s not unusual,” Romero said. “There are times in which there might be a gut-and-amend but on something as significant as this I would hope, indeed, that the bill would be killed and nothing would move forward.”

She added that legislative Democrats scuttled the proposal was due to inauspicious political timing.

“I would submit to you, that the only reason the bill was held back now was because of Larry Elder, was because of the recall,” Romero said. “The political interests are reading the tea leaves, they’re reading the polling, and it would be absolutely crazy for the legislature to run this bill forward.”

She added that general sentiment in the Legislature was that Democratic leaders were chomping at the bit to push through a vaccine mandate.

“Make no doubt about it, it’s only because of the recall, Mr. Elder, and the challenge to Newsom on the ropes right now that this is being held back,” she said.

Romero said that it wouldn’t be a surprise to see Democratic leaders reconvene mere days after ending their legislative session.

“Let’s just wait until we get past the recall, see what happens – if there’s a special session [of the Legislature],” she said of reintroducing the language post-election but before 2022.