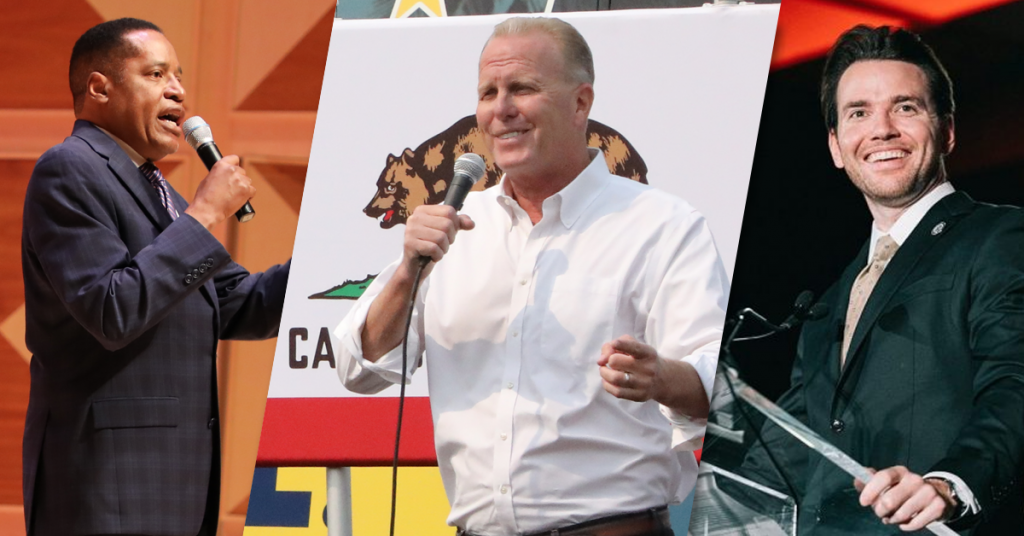 With 21 days until voters render their judgement on Gov. Gavin Newsom, three candidates vying to replace him picked up and touted key endorsements to win over voters.

Tuesday morning, Asm. Kevin Kiley (R–Rocklin) took to the Capitol steps with former recall contender and ex-Rep. Doug Ose (R–Sacramento) to announce that the former Congressman was backing his bid.

The interesting oddity? Ose is still on the recall replacement ballot, having left the race following a heart attack last week.

Kiley is currently vying to consolidate conservative support and serve as an alternative to talk radio host Larry Elder featuring fewer vulnerabilities – speeches and allegations from ex-fiancées – with which Democrats and fellow Republicans can attack.

Kiley is among the few GOP contenders to steer clear of attacking Elder on his unwillingness to debate, the allegations made by his ex-fiancée Alexandra Datig, or his past comments made on radio or in print.

Shellenberger wrote extensively on the failings of the Newsom administration’s homeless response, which has only been accelerated with pandemic recovery funds.

“California is facing a crisis with homelessness and people aren’t getting the help they need,” Shellenberger said in a statement. “CalPsych will let us reach those who need help the most with addiction, mental health, and other services.”

“I’ve never voted for a Republican, but I know Mayor Faulconer can be trusted to tackle this challenge head-on and help thousands of Californians in need.”

“In 2021, when facts are in short supply and those who are brave enough to speak truth to power are often censored or canceled for their “radical” opinions, Larry is like a breath of fresh air,” the Steels said in a statement to California Republicans.

“His well-known intolerance for incompetence is exactly what is needed in Sacramento at a time when incompetence seems to be the status quo.”