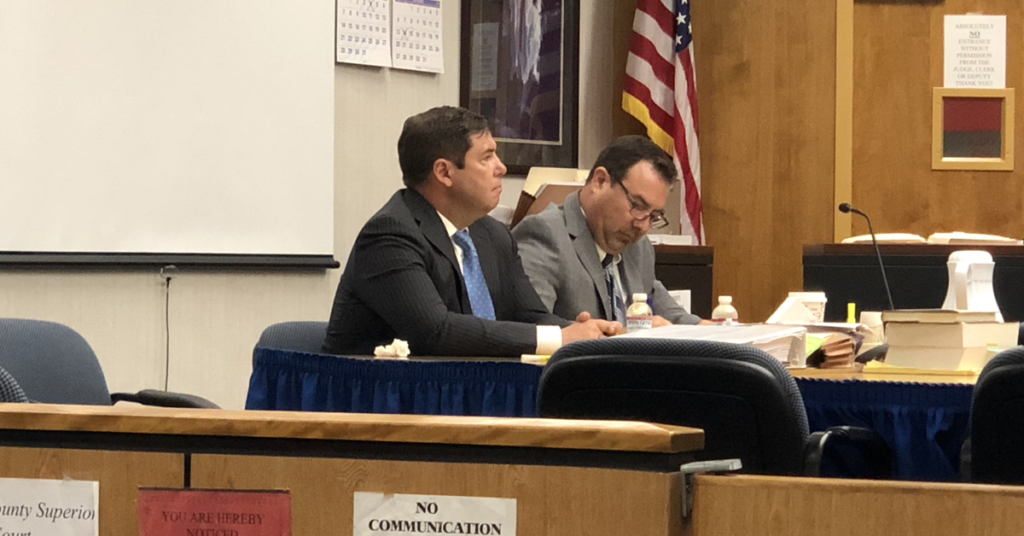 By close of business Monday, two of the women closes to Asm. Joaquin Arambula (D-Fresno) worked to provide strong character testimony to beat back the single count of misdemeanor child cruelty in the balance.

His mother and wife – Amy and Elizabeth Arambula, respectively – took the stand to recount family life and the events that led to the emergency room doc’s arrest on Dec. 10 last year.

Amy Arambula has been a critical component to the prosecution’s case, as she is alleged to have coached the seven-year-old victim when the child was placed with her and her husband, former Asm. Juan Arambula, on Dec. 10 and 11.

A psychologist hired by Arambula to review all evidence found that the only time the victim provided a consistent story was in two separate, unrecorded interviews with Child Protective Services and the Fresno Police Department on Dec. 10 at Dailey Elementary School.

During her testimony, Amy Arambula testified that she instructed the seven-year-old to tell the forensic interviewer “the good, the bad, and the ugly” just before attending the interview.

Amy Arambula testified that her son was hardly the disciplinarian, often opting to talking to his kids “to death,” though often would hug or embrace his daughters – including the victim – to engage in the talking-to. The kids would often squirm, she added.

On the stand, the grandmother testified that she didn’t provide any instruction to the victim or her six-year-old sister on the evening of Dec. 10, citing the exceedingly late time they arrived home.

Over the course of her testimony, Amy Arambula sustained a cascade of sustained objections from Assistant District Attorney Steve Wright. Nearly all were pointed at Arambula’s meandering answers from direct to editorializing.

Just before lunch, Arambula raised her hands in frustration over the objections.

In the afternoon, Elizabeth Arambula took the stand and testified that she, not Joaquin, was the disciplinarian of the family.

She testified that she couldn’t imagine or believe her husband hitting their children.

Ultimately, in the wake of her daughter’s report of abuse to teachers, CPS and the Fresno Police Department, she was afraid to discipline her daughter.

The fear became so extreme that Elizabeth took to recording incidents of discipline with her eldest daughter to protect herself, she told jurors.

The defense team played three such videos. Two featured Elizabeth Arambula behind the camera, one with Joaquin.

“I’m refreshing my brain,” the victim said repeatedly, eventually ceasing to tap her forehead with her open palm.

“That’s not OK to hurt yourself,” Arambula replied thereafter. “I don’t get it, can you stop hitting yourself? Why do you hit yourself?”

“But hitting yourself isn’t normal,” Arambula tells the victim in a stilted tone. “I don’t want you to hit yourself, I care about you.”

In an impassioned-if-affected tone, Arambula later tells the seven-year-old: “Ladybug, I love you.”

At the tail end of the video, the victim’s six-year-old sibling makes a brief appearance, as if appearing on a live broadcast of a TV news report.

In another video, Elizabeth Arambula is filming her two eldest daughters. In it, the mother asks the victim repeatedly why she kicked her six-year-old sister while trying to play with their family dog.

The victim repeatedly answers her mother with a question of her own: “Where?”

Both of those videos appeared to be recorded after the incident but within the month of December, as at least one featured the family’s Christmas tree.

After reviewing the allegations she made against Phebus – including yelling at her – he asked if she felt mistreated by police.

Ultimately, Elizabeth Arambula didn’t report Phebus to Internal Affairs for his alleged conduct and added that she wasn’t aware it was even a possibility.

As to her interactions with her seven-year-old daughter on Dec. 10, Elizabeth testified that the child merely told her that “Daddy hurt me,” which she took to mean Joaquin Arambula’s spanking the night before.

The defense has two final witnesses: Joaquin Arambula and his brother, Diego Arambula. They will testify on Tuesday.

There is a potential for Wright to introduce rebuttal witnesses. However, it appears likely that closing arguments will be delivered on Wednesday.