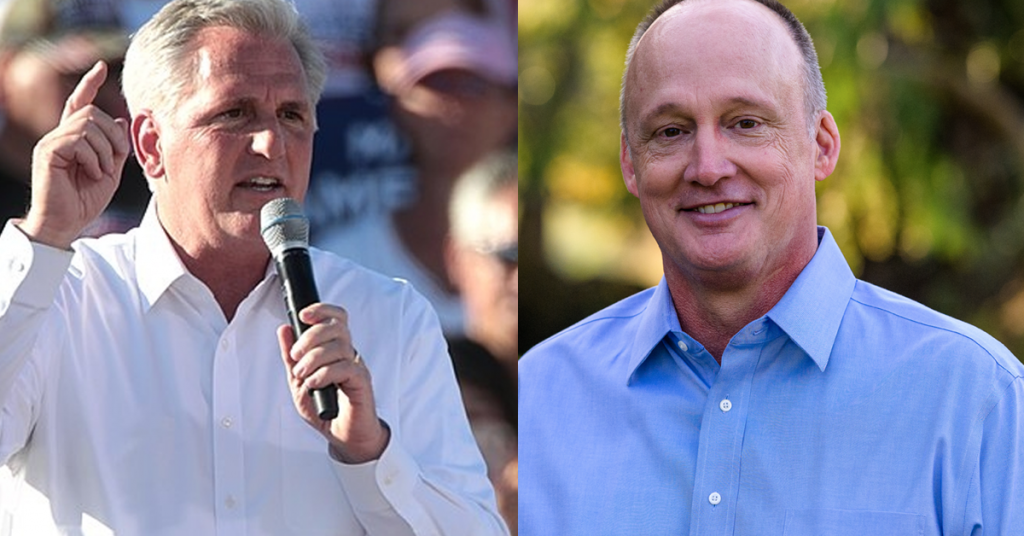 Louis Gill, the former head of the Bakersfield Homeless Center and Alliance Against Family Violence, is transitioning his campaign to run for the Kern County Board of Supervisors.

Gill ran the homeless center for 21 years before departing last September, which came shortly before he commenced his effort to defeat McCarthy.

But with the new congressional map finalized by the California Redistricting Commission in late December, McCarthy’s new seat will give him a Republican advantage of over 20 points, leaving little room for Gill, a Democrat, to make any headway.

“The recent redistricting process has resulted in sweeping changes to Central Valley congressional districts. I support many of these changes, as they will likely result in fairer representation for the Central Valley, as a whole,” Gill said in a statement.

“However, the state’s independent redistricting commission’s approach to what had been the 23rd Congressional District has also resulted in changes that will shift the focus away from Bakersfield and Kern County and into places like Fresno and Clovis.”

Instead, Gill will try his hand for the District 3 supervisorial seat currently occupied by the outgoing Mike Maggard.

Maggard recently announced his intent to retire from the panel.

“If elected to serve on the Kern County Board of Supervisors, I will focus on alleviating homelessness, promoting public safety, protecting good-paying local jobs, maintaining a quality county workforce, and ensuring access to county services. I will apply common sense solutions to these issues and work to improve the quality of life for Kern County families,” Gill said.

“I have been truly humbled at the outpouring of local support for our congressional campaign and I look forward to bringing my passion for service to our race for Supervisor.”

During his time as Bakersfield’s homeless czar, Gill helped over 7,200 households find and keep their housing and helped the nonprofits operate three emergency shelters with 240 beds.

“My 21 years of community service have all been dedicated to the families and communities of Bakersfield and Kern County,” Gill said. “My goal has always been to continue to serve this same community – my community – here at home.”