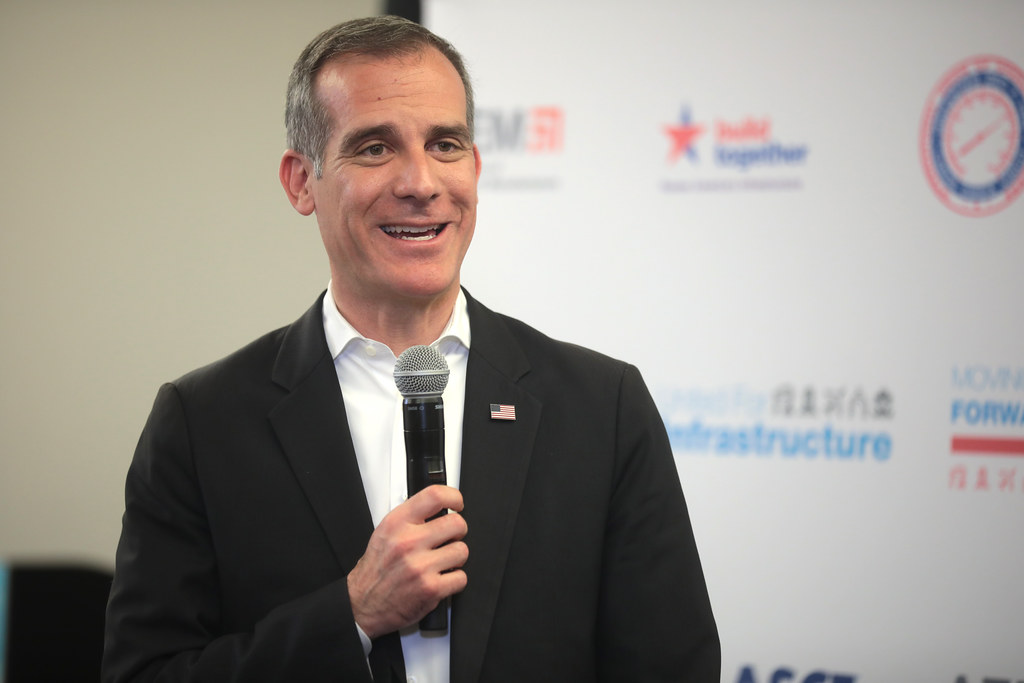 Los Angeles Mayor Eric Garcetti found himself in a hot mic situation on Thursday morning as he, and fellow big city mayors in California, rolled out a pitch for a $20 billion homeless response plan.

Speaking with San Jose Mayor Sam Liccardo and Sacramento Mayor Darrell Steinberg before the start of a morning press conference, Liccardo thanked the 12 other mayors for making time during the day for the media briefing.

Garcetti chimed in, joking that he was spending the morning handing out copies of Kamala Harris’ childrens book “Superheroes are Everywhere” to unaccompanied minors at Los Angeles’ makeshift detention facility.

The joke implicated a poorly-sourced New York Post article suggesting the book was being handed to unaccompanied migrant children at various detention facilities as part of a “welcome package.”

Listen to the audio

Ahead of California Big City Mayors presser on $20bil homelessness plan, LA Mayor @EricGarcetti joked on a hot mic about handing out @KamalaHarris' book to unaccompanied minors at the city's makeshift shelter.