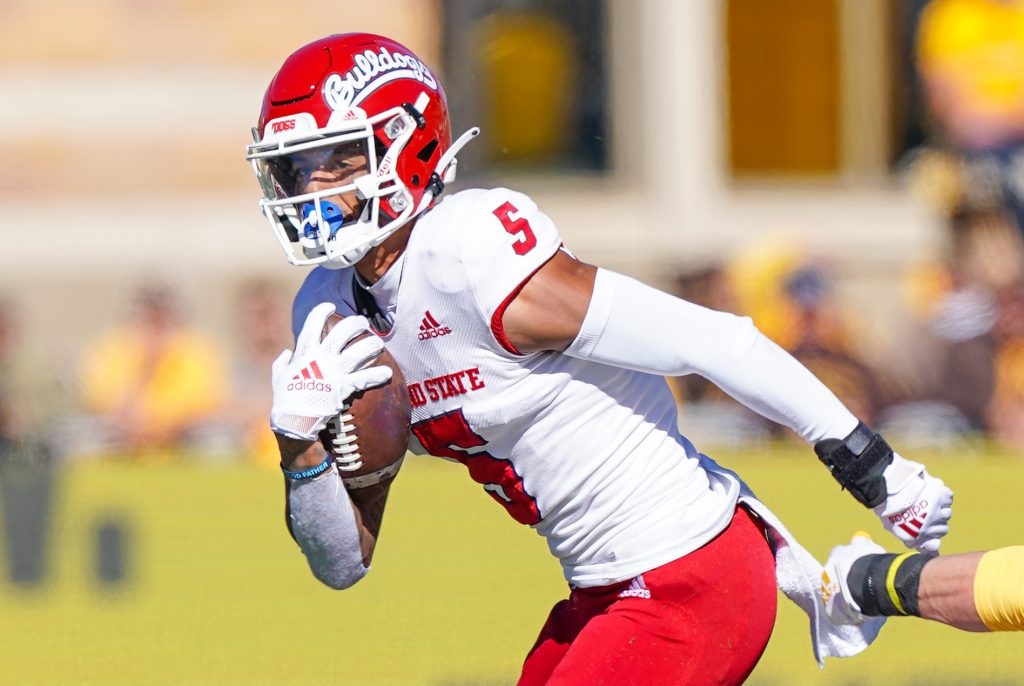 After a rocky start with coaching departures and roster uncertainty, Fresno State’s offseason continues to get better.

Star wide receiver and Sanger native Jalen Cropper reaffirmed his commitment to the Valley on Sunday.

Cropper, who led the Bulldogs with 85 receptions for 899 yards and 11 touchdowns, revealed on Twitter that he will stay on for at least one more season, foregoing an opportunity to enter the NFL Draft or explore other collegiate options in the transfer portal.

Early in the offseason after former head coach Kalen DeBoer left Fresno State for Washington, rumors started to spread that Cropper would also head to the Pacific Northwest.

But with quarterback Jake Haener returning for one more season as a Bulldog and the rehiring of Jeff Tedford as head coach, Cropper decided to stay home.

Along with Cropper’s return, Tedford also secured a transfer commitment from his former school on Sunday.

Cal wide receiver Nikko Keli’i Remigio revealed that he will join the Bulldogs as a grad transfer to play out his fifth year of college football.

In his four years at Berkeley, Remigio compiled 96 receptions for 907 yards and 7 touchdowns.

He also figures to play a much-needed part for the Bulldogs on special teams.

Remigio returned 17 kickoffs last year for the Bears, averaging 29.1 yards per return, and took one for a touchdown.

If he can produce similar results in 2022, one of Fresno State’s weakest performing areas would receive an important boost as the Bulldogs’ kick returners only averaged 18.67 yards per attempt.