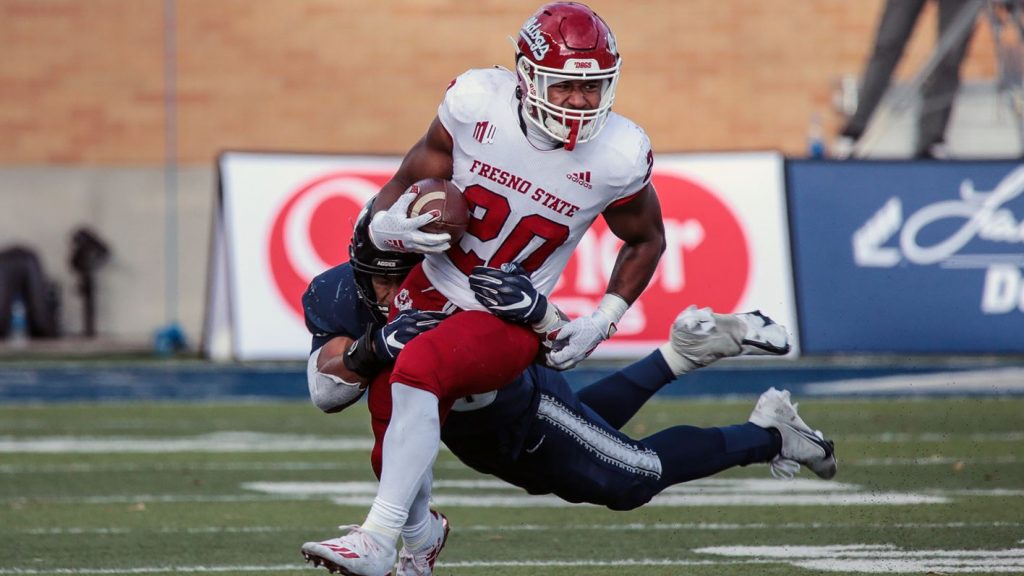 Fresno State senior running back Ronnie Rivers is being recognized as one of the top players in the nation.

Rivers was named to the watch list for the Maxwell Award, which is awarded annually by the Maxwell Football Club to the College Player of the Year.

This marks the second consecutive season that Rivers has been named to the watch list.

Following the pandemic-ridden 2020 season – which was supposed to be his final year with the Bulldogs – Rivers chose to return to Fresno State and utilize the extra season granted by the NCAA because of the pandemic.

As a dual-threat out of the backfield, Rivers returns to the Bulldogs with 35 career touchdowns, five back of Bulldog leader Ryan Matthews.

In last year’s pandemic-shortened season, which saw the Bulldogs only play six games, Rivers racked up 507 rushing yards and 7 touchdowns on the ground to go along with 265 receiving yards and an additional two touchdown receptions.

With only one rushing attempt in the 2020 season finale against New Mexico due to an injury, Rivers was effectively prominent in five games. Rivers averaged 154 yards of total offense per game in that span. Even with the injury, Rivers put up 136.3 all-purpose yards per game, which was still the best in the Mountain West.

Rivers, a two time All-Mountain West selection, is one of 80 players to be named to the watch list.