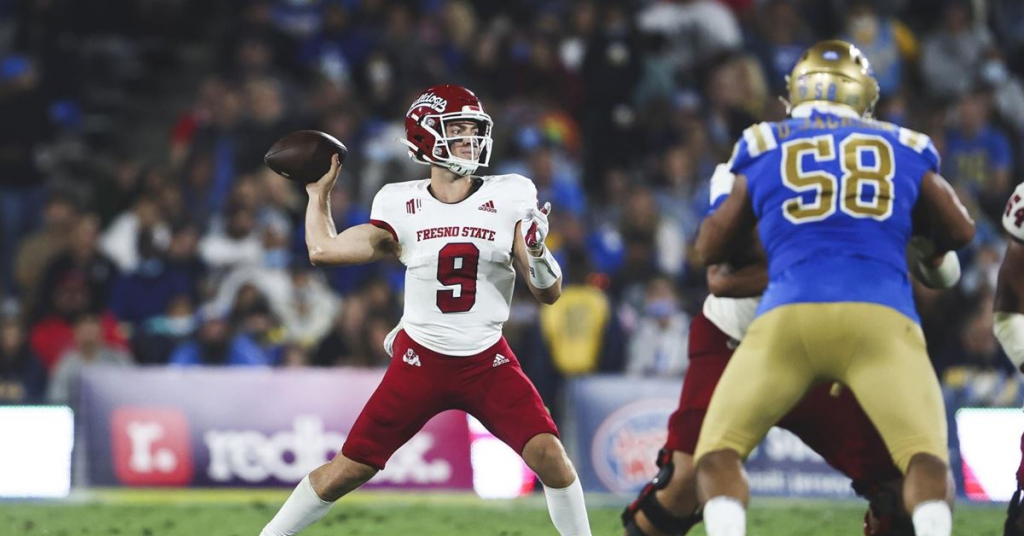 Some of Fresno State’s top players will remain on the sidelines as the Bulldogs battle San Diego State for the Old Oil Can.

Quarterback Jake Haener and safety Evan Williams – the team’s two permanent captains and unquestioned leaders – were injured in the loss to USC on Sep. 17.

Wide receiver Josh Kelly played against the Trojans but did not record any catches and has been out ever since.

In their absence, however, the Bulldogs have recovered their winning ways in recent weeks and head home to face rival San Diego State on a two-game win streak.

But the trio of Haener, Williams and Kelly are still considered week-to-week and are not expected to suit up on Saturday, head coach Jeff Tedford said at his weekly press conference Monday, adding that none of them have practiced in their time out.

Linebacker Raymond Scott and backup wide receiver Emoryie Edwards have also been ruled out for the year after thumb and knee surgeries, respectively.

That leaves the Bulldogs under the stewardship of Logan Fife for his fifth straight start.

Fife struggled in the two losses to UConn and Boise State, throwing a combined 4 interceptions, but he has played a much safer brand of football in the last two games, throwing just 1 interception each time.

He also found the endzone in both wins, and he is completing passes at a 70 percent clip, leading the Mountain West.

Fife is not the flashy quarterback leading a high-powered offense like Haener was last year, but he is efficient and continuing to become more comfortable as the starter.

“I think each week he grows, which is natural for a young quarterback that’s just starting out. Even though each week the defense you play is totally different – you never play the same defense, coverages, fronts, blitzes, they’re all different – but there’s one thing Logan has done all the way through and that’s keep his poise and composure,” Tedford said.

“I think he does a really good job of that through the week of practice and then the game… He’s been efficient. We haven’t thrown a lot of touchdown passes, but as far as moving the offense and completing the ball and doing that, I think he’s done a really nice job. And I just think he continues to improve each week.”

Come Saturday, though, Fife will lead an offense against one of the better defensive units in the conference.

San Diego State is allowing 21.4 points per game, placing the Aztecs at No. 4 in the Mountain West, one spot ahead of the ‘Dogs.

San Diego State’s season has not gone all too differently than Fresno State’s. The Aztecs are 4-3 and suffered two losses against Pac-12 teams – Arizona and Utah – a blowout loss to Boise State and are coming off a solid win against one of the Mountain West’s bottom feeders: Nevada.

Saturday’s matchup will be the 61st time Fresno State and San Diego State have played each other.

A win would put Fresno State in first place in the West Division, giving the Bulldogs the ability to control their own destiny in an effort to win the Mountain West.