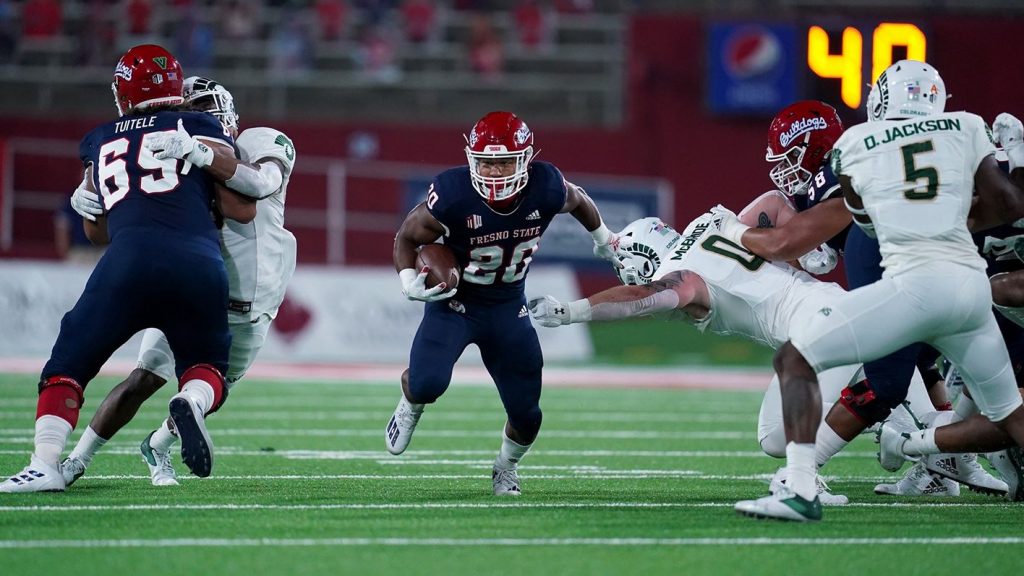 Ronnie Rivers’ week of preseason accolades continued Thursday as he was named to the Preseason All-MW Team.

The senior running back was the lone Bulldog to have a place on the honorary team.

Thursday’s accolade is a continuation from last year’s season-ending all-conference team for Fresno State. Rivers earned a spot on the All-Mountain West First team last year, while two other Bulldogs were named to the Second Team.

This is the first time in his career that Rivers has been listed as a member of the preseason all-conference team.

Earlier this week, Rivers was named to the Maxwell Award watch list – which is given to the nation’s best player – as well as the Doak Walker Award watch list for the county’s top running back.

Rivers led the Bulldogs in the pandemic-shortened 2020 season with 507 rushing yards, and he found the end zone 7 times on the ground as well. He also added 265 receiving yards out of the backfield.

His 136.3 all-purpose yards per game was the best in the Mountain West last season.

Despite his strong resume, Rivers was not selected as the Mountain West Preseason Offensive Player of the year.

Strong led the Mountain West with 2,858 passing yards and 27 touchdowns through the air, to go along with a 70.1 percent completion rate. His 317.7 passing yards per game ranked seventh in the nation.

Utah State kick returner Savon Scarver repeated as the Preseason Special Teams Player of the Year. Last year, Scarver returned a kick for a 94-yard touchdown against the Bulldogs.