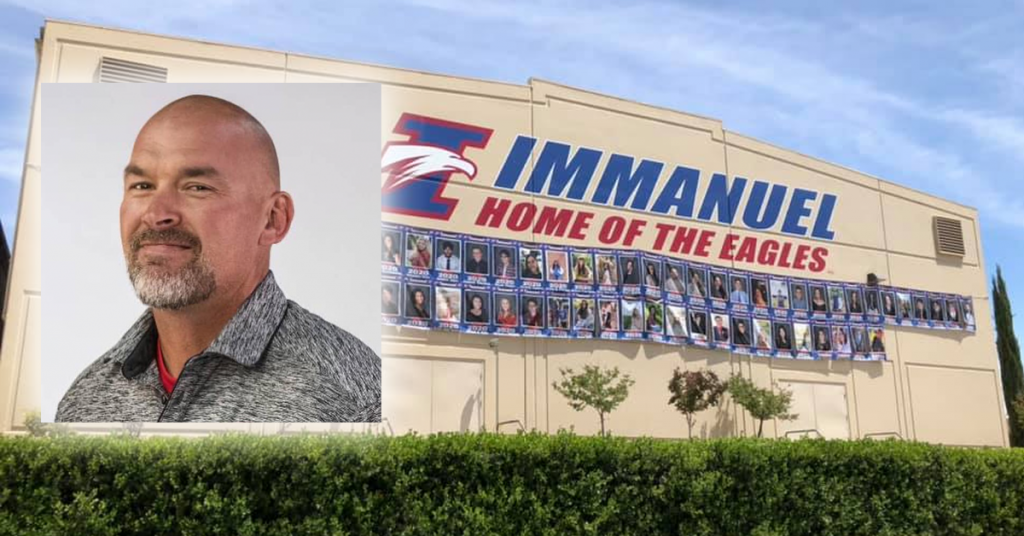 Immanuel Schools has picked up one of California’s most successful high school coaches to lead the football program.

The Reedley-based private Christian school announced that Josh Henderson has been hired as the new Head Football Coach and an Associate Athletic Director.

“We are excited to have Josh Henderson join our staff and to lead the football program,” Immanuel Schools Superintendent Ryan Wood said in a statement.

“He is a man of God who understands how to build young men, programs, and communities. We feel blessed to add someone of his character, integrity, and proven success on the football field.”

“I am extremely excited about this incredible opportunity,” Henderson said in a statement. “Immanuel is a school that teaches Jesus, has strong Christian leadership, and is striving to be great! They have amazing people, excellent facilities, and are postured for growth! I am looking forward to meeting the team this week!”

Henderson most recently served as the head coach at Grace Brethren, a private Christian school in Simi Valley.

After he arrived at Grace Brethren in 2010, Henderson transformed the small-school football team into a major program that won over 90 games.