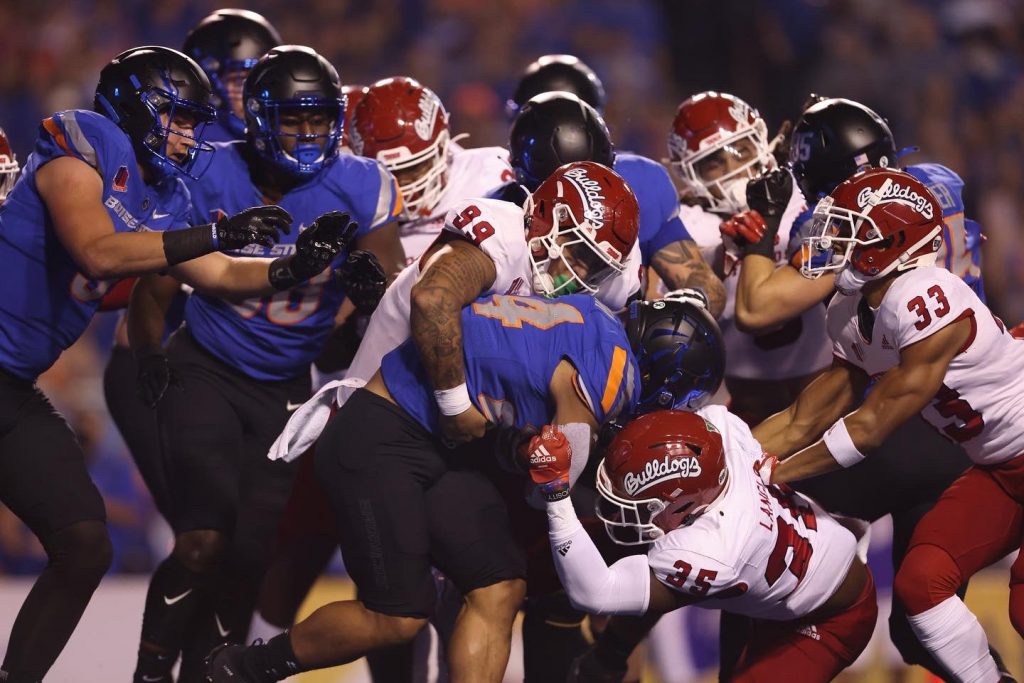 After one of the worst performances in program history last week, the Bulldogs could not find a way to bounce back Saturday in their 40-20 loss at Boise State.

Fresno State drops to 1-4 on the season, a stunning development after the extremely high preseason expectations surrounded the team following last year’s 10-3 record and the return of Head Coach Jeff Tedford.

But running it back with Tedford has not gone as planned.

Tedford’s struggles in 2019 – the last year of his previous stint – have continued into 2022 as he has failed to win against an FBS opponent in his last eight contests. Tedford’s record in his last two seasons is now 5-12, with two of those wins coming against Sacramento State and Cal Poly.

The team had three weeks of practice knowing that their best players were unavailable, however.

Such absences have not prevented Fresno State’s last two opponents from winning. Boise State had to transition to a new quarterback after four-year starter Hank Bachmeier entered the transfer portal a couple weeks ago. UConn was also without its starting quarterback last week and beat Fresno State 19-14, its first FBS victory in over 1,000 days.

Bulldog fans are left wondering what the team is doing in practice after quarterback Logan Fife and the offense was out of sorts for much of the loss to the Broncos.

It was apparent from the first time the offense took the field that there would be little of the command and confidence that Haener showed throughout last season.

Before the ‘Dogs even got their first snap off, the entire offensive line except the center was called on a false start.

On the second try at first down, running back Jordan Mims only picked up a couple yards on the ground. Second down saw wide receiver Nikko Remigio catch the ball for a short gain but fumble it out of bounds in what could have been a disastrous moment.

It appeared that the ‘Dogs should have been called for a delay of game on third down, but the center got off the snap, which went straight into the ground, and Fife avoided another potentially disastrous moment by saving the fumble. He flipped the ball to Mims for another short gain, but it was a quick, yet eventful, three-and-out to start the game.

Fresno State’s second drive also ended with a punt, but the ‘Dogs showed some life after that.

With two drives and nothing to show for it, backup quarterback Jaylen Henderson entered the game on first down. He ran the ball up the middle for two yards and was not seen the rest of the night.

Fife ended up finding the end zone on that short drive, and the Bulldogs kept it close throughout the rest of the half, only heading into the locker room down 20-17.

The Bulldogs even tied it up at 20 apiece midway through the third quarter, but it was all Boise State from there on out.

Outside of Fife’s struggles – he finished with 134 passing yards and 2 interceptions, the story of the game was told on the ground.

Boise State pounded the rock for 316 yards on the ground and 2 rushing touchdowns, averaging 6.1 yards per attempt.

Broncos running back George Holani led the team with 157 yards and was electric nearly every time he touched the ball, averaging 9.2 yards per carry.

Fresno State never got anything going behind a weakened offensive line. Mims only gained 61 yards on 21 attempts, good for 2.9 yards per carry.

The ‘Dogs drop to 0-1 in the Mountain West and return home next week to face 4-1 San Jose State, arguably the top team in the conference. The Spartans’ lone loss was a 24016 on the road at Auburn, and on Friday they demolished UNLV 40-7.