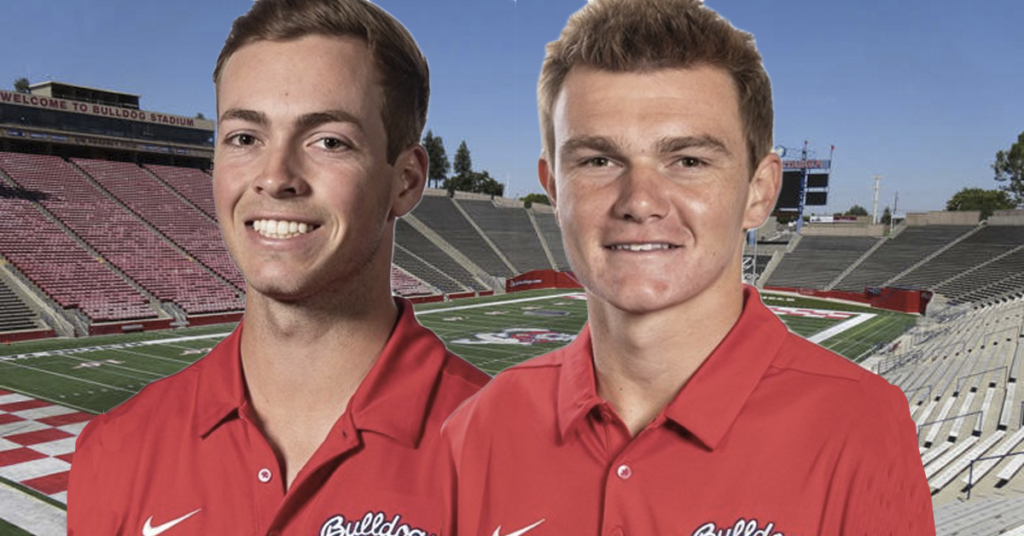 Even though the Bulldogs do not have an experienced starter returning, there will not be a quarterback controversy at Fresno State.

Junior Jake Haener and sophomore Ben Wooldridge are battling for the job. Haener transferred from Washington last year and played in four games with the Huskies in 2018. Wooldridge joined the ‘Dogs in 2018 and served as the backup to Jorge Reyna last season.

DeBoer said the team will hold a scrimmage this weekend – the first and only one of fall camp – which will allow both quarterbacks the opportunity to simulate game situations better than what a typical practice allows for.

“We’ve been putting some drives together here in the last few practices, and we’re catching up quickly,” DeBoer said. “But I’d like to make sure we’ve vetted it all out.”

Whoever is selected will have a week and a half to prepare for the season opener against Hawaii on Oct. 24 at Bulldog Stadium.

DeBoer did not say which quarterback has the upper hand in the battle, but noted that both have been very productive and consistent so far, even with the loss of spring practice and the delay in fall camp due to the COVID-19 pandemic.

The Bulldogs are in their second week of fall camp, and the offense has not missed a beat, DeBoer said, crediting offensive coordinator Ryan Grubb for preparing both quarterbacks for the opportunity.

“It’s a huge tribute to Ryan Grubb and what he’s been doing through those Zoom meetings and challenging them,” DeBoer said. “There’s quizzes he puts them in. He puts them in tough spots where they have to think quickly. It’s all been done on Zoom, but he’s been very creative in trying to challenge them in different ways while keeping it simple. Because in the end, I think that’s what they’re doing, is they’re keeping it simple and trusting the athletes that we have. We have a great group of skill players as you know, and they’re getting it in their hands, and an experienced offensive line.”

While the offense was up and running from the get-go, the defense finally started to hit its stride this week. That’s to be expected since defensive coordinator William Inge is installing a new scheme – a 4-2-5 base defense (four linemen, two linebackers and five defensive backs).

Whatever inconsistencies and struggles that existed on the practice field last week are in the rear-view mirror.

“Yesterday was a huge step in the right direction,” DeBoer said. “They were consistent from beginning to end – communication, the energy, just some playmaking – and I thought we really grew as a defense.

“And today we maybe had one period earlier on where I would have liked to see them be at that level of yesterday. But after I acknowledged that and challenged them, they rose to the occasion for the rest of practice and really put together two back-to-back practices that they can be very proud of and give me a lot of promise and hope that we’re going to be there.”

With the start of fall camp, the Bulldogs have been following the Mountain West’s COVID-19 testing plan. All players, coaches and support staff are being tested three times a week.

DeBoer declined to reveal the testing results so far for the program, but did say that the process is “going extremely well as far as our health.”

“Everything’s been awesome,” DeBoer said. “We’re in a very good place right now in how we’ve handled it.”