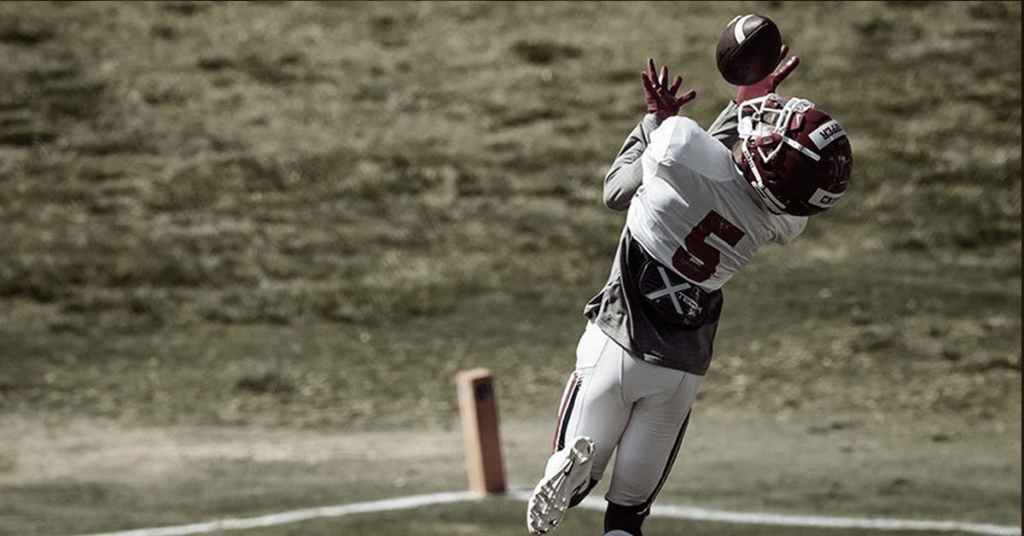 When Fresno State received the ball for the first time in the season opener against USC, the play call went to wide receiver Jalen Cropper on an end around.

“There was a lot going through my head,” Cropper said. “It was my first freshman game as a collegiate athlete. Just being able to start, it meant a lot to me. That means the coaches, they trusted me. They trust my skills.”

Despite being one of the youngest players on the team, Cropper proved himself early against the Trojans. He ran for 12 yards, getting the Bulldogs a first down.

“I was trying not to turn over the ball,” Cropper said. “I was trying to do what I had to and get positive yards.”

Head coach Jeff Tedford called Cropper a hard worker and said he’s a quick decision maker. When he gets the ball, he finds the space and goes.

The receiver was effective on the end arounds, totaling 39 yards on four attempts.

Although he didn’t record a reception in the opener, that’s just how the game plays out sometimes, wide receivers coach Kirby Moore said.

“But the opportunities he did have, he did a really nice job with,” Moore said.

Overall, Moore is impressed with what Cropper brings to the table, saying he’s going to be a very good player at Fresno State.

“He does a really good job when the ball is in his hands,” Moore said.  “Whether that’s running routes or getting him the ball out of the backfield, and those things, we’re just going to keep progressing.”

Cropper is a Parlier native and attended Sanger High School for three years before finishing at Buchanan High School.

He played all over the field in high school, often lining up at running back and quarterback, in addition to wide receiver.

Cropper headlined the freshman class being a local star who was recruited heavily by multiple Power 5 schools.

Cooper credits Moore for helping him develop as a receiver, saying he’s always able to pick Moore’s brain for help and advice.

“Since I got here I’ve been progressing a lot at the wide receiver spot,” Cropper said. “In high school I was playing all around the field, so just coming here and being able to focus on one spot, it just helped me gain a lot of knowledge.”

Cropper got off to a good start on the road, and with the home opener coming up against Minnesota, he’s naturally excited to take the field for the first time at Bulldog Stadium.

“I can’t wait,” Cropper said. “Fresno – they’re all going to come out Saturday. I just can’t wait – first home game. The first chance I get to put on for the hometown and just see what I can do and show everybody what I’m about.”