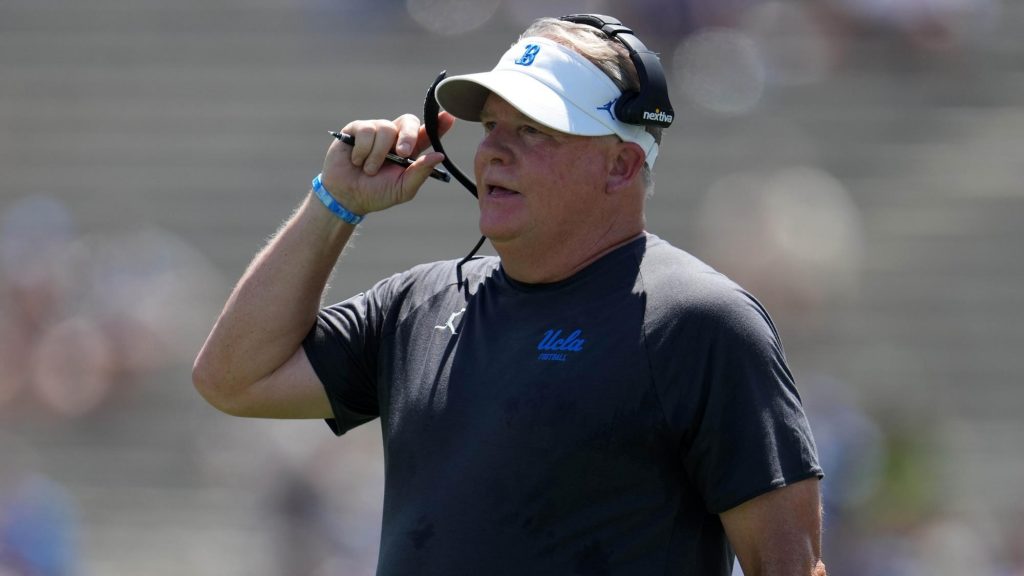 With the high-profile game against UCLA up next for the Bulldogs, Defensive Coordinator William Inge encapsulated the challenge ahead for Fresno State.

“This is going to be what you call ‘real football,’” Inge said at the coaches’ press conference Monday. “Your cleats need to be laced up. Your helmet needs to be strapped, the air needs to be in it, and your shoulder pads need to be ready.”

That succinct description of what awaits the Bulldogs in their matchup against the 13th ranked team in the nation didn’t pull any punches. This isn’t UConn, who the Bulldogs dominated 45-0 to open the season. Nor is it Cal Poly, who the ‘Dogs just beat 63-10.

More importantly, the Bruins team that Fresno State faces Saturday isn’t anywhere near the same one that the ‘Dogs beat 38-14 in 2018, just a few games into the tenure of Bruins’ head coach Chip Kelly.

Rather, this UCLA team looks to be closer to the Oregon team – now ranked No. 4 after defeating Ohio State – that the Bulldogs nearly took down a couple weeks ago.

Just how different of a UCLA team is this than the squad the Bruins rolled out three year ago?

That difference was on full display when UCLA took down LSU 38-27 two weeks ago. While it’s still early in the season, it appears that Kelly has a team that should be contending for a Pac-12 title at the end of the year. The win over LSU also came a week after the Bruins routed Fresno State rival Hawaii 44-10.

While UCLA is in much better shape than 2018, Fresno State Head Coach Kalen DeBoer noted that the Bulldogs are coming into this game in similar fashion.

DeBoer, the offensive coordinator in the 2018 victory, pointed to the loss to Minnesota the week before and the response he saw out of the team to set aside the disappointment and come out against a big-name opponent in full force. Fresno State has an opportunity to mirror its efforts from three years ago by moving past the Oregon heartbreaker and handing the Bruins a loss once again.

The run-first spread offense that Kelly has installed over the last four years is finally up and running. The Bruins are averaging over 230 rushing yards per game and have only turned the ball over once – an interception.

“UCLA, I just feel like they’re really balanced, and you can see that they’re quite a few years into their system. They know what they want to be. They understand the identity. They’ve gotten their personnel in. They’re physical, but they’re also schematically are always going to put you in a predicament because they’re stealing gaps away from you with their formations, then they’ll throw in some tempo,” DeBoer said.

“There’s just a good balance and a good rhythm to everything they’re doing offensively and defensively, and you can see why they’re doing it. They’re playing team football, not making big mistakes.”

UCLA’s transformation under Kelly, DeBoer said, is comparable to Fresno State’s offensive evolution, which has resulted in quarterback Jake Haener putting up numbers that compete with the nation’s top signal callers.

“It just seems like they’re more confident and more aggressive in what they do. I feel like we were able to have a pretty good idea where everything was coming from [in 2018]. I think their disguises, they’re in the 300, 400 level class like we are offensively and how we’ve talked about this year – fourth and fifth year in the offense,” DeBoer said.

“The offense that UCLA runs, you don’t know if it’s going to be a run or a play action or a pass out of every formation they’re running. They’re doing a good job of really honing in on what they are, what their identity is.”