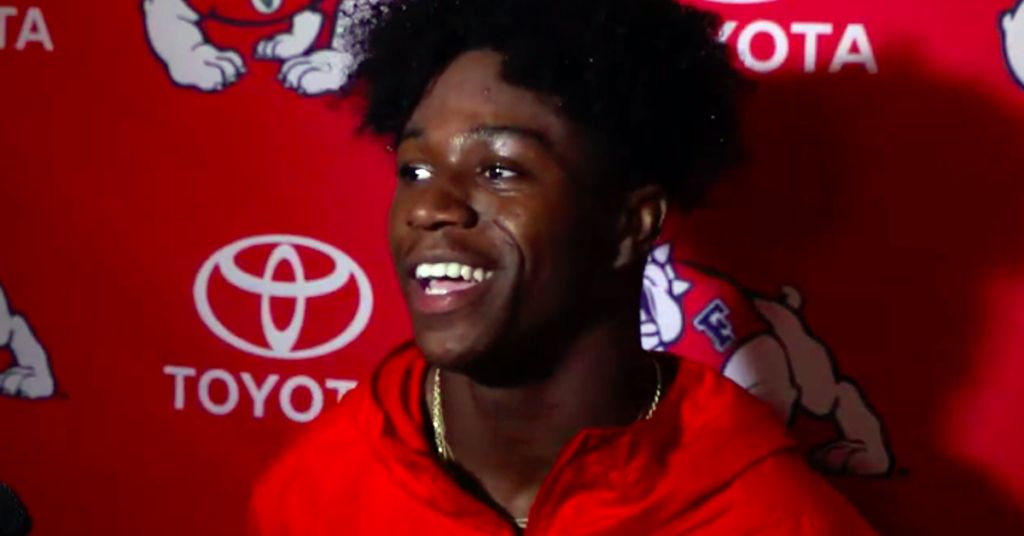 Chris Coleman, a third-year sophomore, played wide receiver for the Bulldogs’ first three games, but with the injuries at cornerback, the ‘Dogs needed Coleman to switch to defense.

Cornerback Chris Gaston was the starter to begin the season, but was injured in Week 2 and is out for an extended period with a hernia. Freshman Deshawn Ruffin stepped into the role, but unfortunately he fell to an injury too, tearing his ACL against Sacramento State.

As a receiver, Coleman racked up 158 yards and a touchdown in the first three games.

Although Coleman enjoys playing receiver and has been a solid target early on this season, switching to cornerback was in the team’s best interest.

“It was a pretty big decision,” Coleman said. “Coach Tedford asked me how would I feel going over there, because we needed some help. I’m more of an offensive player. I love offense. I love catching the ball. I love being a receiver, but at the end of the day the team needed me to do that, so I didn’t have a problem with doing it.”

Cornerback isn’t foreign for Coleman. While at Garces Memorial High School in Bakersfield, he played both cornerback and wide receiver. He was recruited to Fresno State as a defensive back, although he moved to receiver early on.

Coleman said the transition was easier than he thought it was going to be since he hasn’t worked on the defensive side of the ball in over two years. But he’s been prepared for a challenge like this.

“All my life my dad has made sure that I’ve practiced every position that I could possibly play, and it just so happens it came back naturally that it’s time to go to [defensive back],” Coleman said. “It’s time to work.”

He held his own against New Mexico State. As a whole, the secondary only allowed 210 passing yards and one touchdown. Any mistakes he made were minor and didn’t compromise the Bulldogs.

“I thought he played well,” defensive backs coach J.D. Williams said. “ A couple mistakes here and there, just because he’s still new to the position, but he played well.”

Coleman said he felt that New Mexico State was a good opponent to start out with, as opposed to being thrown into the fire against a group of receivers like the Bulldogs faced at USC.

“I think that was a good feel for a game,” Coleman said. “I think I did very well. Minimal mistakes. Early in that week I was having trouble with getting my eyes right, and then once it came to game time it, oddly enough, I would say slowed down.”

Just because he’s moved over to defense, doesn’t mean that he won’t figure into the Bulldogs’ plans on offense from here on out. Coleman will have a chance at some two-way opportunities given his abilities as a wide receiver.

He only appeared on the offense for one snap against New Mexico State, but he should find situations to come in and help the offense as the season progresses.

“I should be going two ways,” Coleman said. “As of now, I’ve got to get defensive adjustments when I come off the field. If we’re driving, I would be more of a red zone receiver – just my natural ability being able to jump and speed underneath type deals. So as of right now, that’s what it is. Don’t get me wrong, I do have some shots where I could come in out of the middle of nowhere and break for 60 or something, but we haven’t gotten to those yet, but they’re there for sure.”

Wide receivers coach Kirby Moore said Coleman is a very good athlete, and excels wherever he’s placed on the field.

“Chris has just been awesome, team guy,” Moore said. “Yeah, we’ve got some other guys who can contribute at the receiver position, but Chris is still going to contribute. He is a dang good football player.”