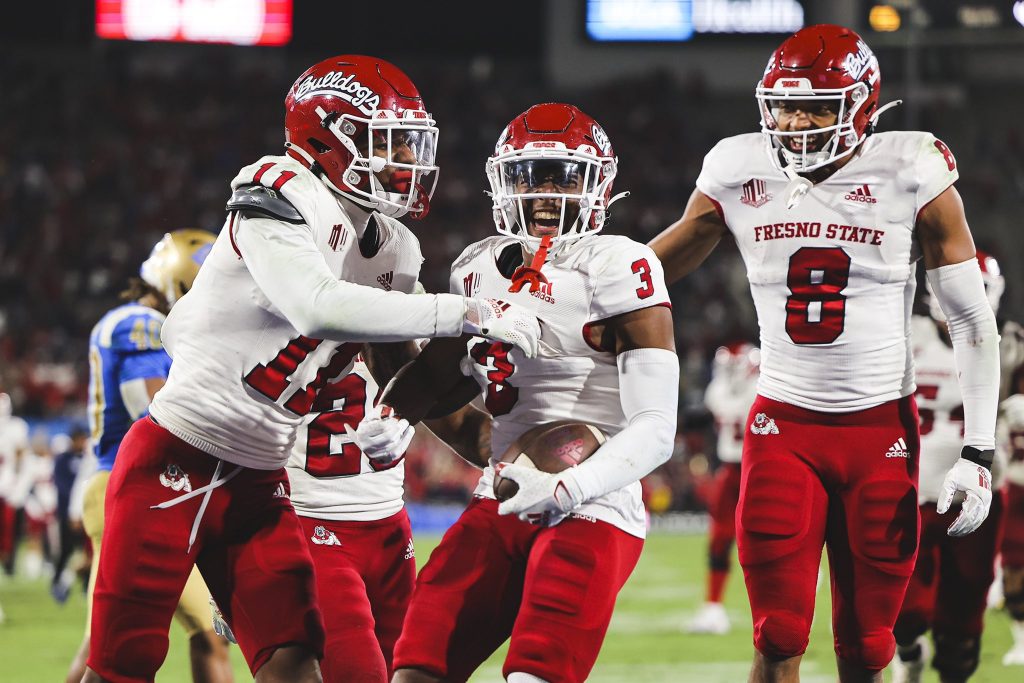 Coming off an emotional win at UCLA, the No. 22 Fresno State Bulldogs face a quick turnaround to come back down to Earth to host UNLV on Friday.

On Monday, Head Coach Kalen DeBoer compared the upcoming game to the time both sides met in 2017, which turned out to be a trap game for the ‘Dogs.

The scenarios are quite similar. The Bulldogs just beat the then No. 13 Bruins 40-37 on the road and are tasked with taking care of 0-3 UNLV this week.

In 2017, Fresno State had just come off a big road win against rival San Diego State, who would finish 10-3 on the year. One week later, the Bulldogs returned home and suffered a 26-16 loss to UNLV, a team that came into the game at 2-5.

DeBoer is leaning on that experience – which was when he was the offensive coordinator – to ensure his team puts the UCLA victory in the rear view mirror and focuses on the task at hand.

“I’m super proud of the guys, us handling success – done a pretty good job with that through the first weeks, and we’ve got to continue to do a good job after beating UCLA,” DeBoer said.

“Short week this week, guys got a 24-hour rule that we follow. They’ve got to flush this game. There are going to be a lot of questions still throughout the course of the week, which are understandable and definitely excited to talk about, but the focus definitely has to get to UNLV in a hurry. It’s going to be a short week of practice, looking forward to getting back on the football field. We’re certainly riding a lot of momentum and a lot of energy right now within the team.”

However, shifting the focus from UCLA to UNLV has not exactly been a smooth transition for DeBoer himself.

DeBoer said that as of Monday morning, he had not watched as much film on UNLV as he would normally have at this point because of the influx of media attention from around the country.

“I’ll be honest, I’ve watched some of both sides of the ball, but there’s been so much attention and so many requests for media – the film, I’m getting into it a little bit here this morning,” DeBoer said.

All of that extra attention could be problematic for the players, who DeBoer noted are certainly noticing it on social media.

Quarterback Jake Haener might just have the biggest challenge of all given his rising national popularity after his four-quarter heroics against the Bruins while not feeling 100 percent.

“It’s a day in age with social media, it’s certainly a challenge. It’s a challenge for everybody because the alerts pop up on your phone, right? When there’s 80 of them popping up every half a day you can’t help but take a look for a second,” DeBoer said.

“With the guys, Jake in particular probably drawing a lot of attention, it’s just something he’s going to have to do a really good job of balancing because he deserves all the recognition, and it’s exciting for him, exciting for us to have that come to him as well as our football team.”

Keeping the team grounded starts with getting back to the basics, DeBoer said. Haener has a notable work ethic and routinely stays late at night putting in extra work and setting the tone for the team.

“That hard work is what’s got us to this point, so we’ve got to continue to do that,” DeBoer said.

While DeBoer is intent on moving on to UNLV in order to keep his players focused, he has embraced the recognition that has come along with Fresno State’s performance for the first part of the season.

Fresno State received its first national ranking since 2018, coming in at No. 22 in the Associated Press Poll.

For DeBoer, it’s right where the Bulldogs belong.

“It’s an expectation to be honest with you,” DeBoer said.

The Bulldogs have also picked up national notoriety for their thrilling win against the Bruins and for nearly knocking off Oregon, who is now ranked No. 3.

Sports Illustrated has ranked the ‘Dogs as the No. 8 team in the nation, and ESPN’s Kirk Herbstreit said Fresno State was the top performing team of the week.

All of the notoriety and attention is a topic of discussion in Fresno State’s meetings.

“I’d be denying it if I didn’t say I didn’t bring it up in the team meeting, because that’s what our goals are, right? We have goals of winning the conference championship, winning our bowl game, but not celebrating it for a little bit anyway to me would be a shame just because the guys worked too hard not to embrace it,” DeBoer said.

“Embracing it – you can now really focus on what’s important, and that’s moving forward and moving onto the next.”