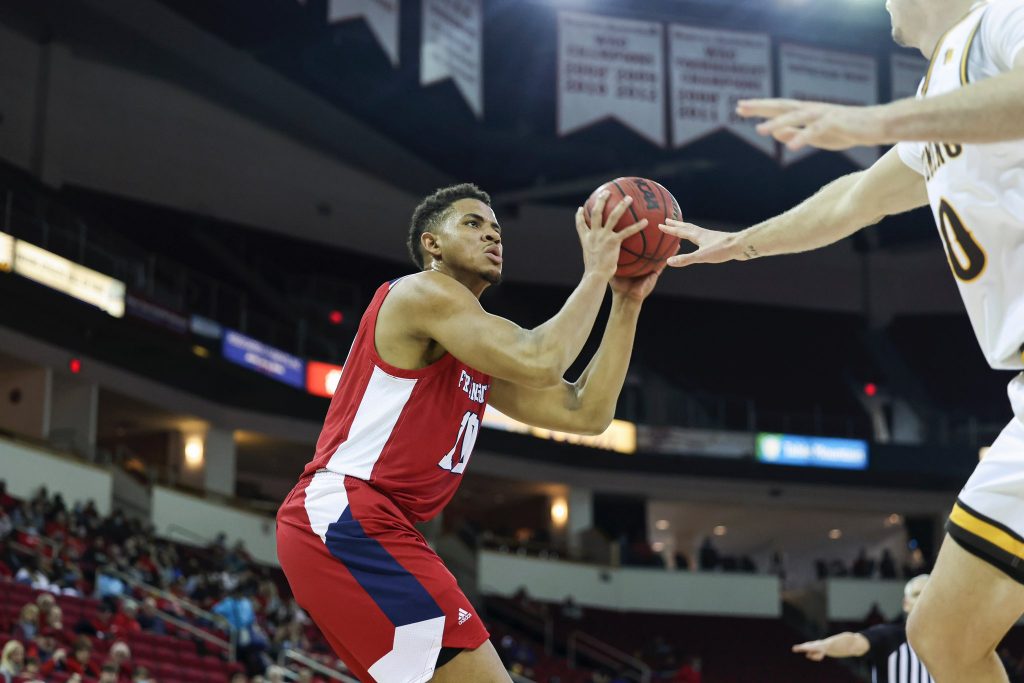 Despite carrying a lead deep into the second half, Fresno State failed to generate enough offense Thursday night, losing 53-46 to San Diego State in the Mountain West Tournament.

Thursday’s loss knocked the Bulldogs out of the conference tournament and could very likely spell the end of the season for them, depending on if any of the postseason tournaments come calling.

“Hard fought game tonight. Very appreciative of our kids’ effort all year long and their camaraderie and how hard they played and how hard they worked. I think everybody saw that,” Head Coach Justin Hutson said after the game.

“Disappointed we couldn’t make more baskets. Couldn’t move the ball a little better against a great defensive team like that. That ball has to move a little better. Easy to say, harder to do. Give San Diego State credit. Very well coached team. Really good team. And we were up for the challenge tonight. We just couldn’t finish it.”

With two of the top defensive teams facing off in the ‘Dogs and Aztecs, the slow start by both offenses was predictable. The game was tied at 10 apiece with 7:24 remaining in the first half, and the ‘Dogs only held a 23-20 lead at halftime.

Fresno State came out strong in the second half as the ‘Dogs started to hit from three-point range after not making one shot from beyond the arc in the first half.

The Bulldogs even extended their lead to six points early in the half, but the Aztecs retook the lead with 7:40 left in the game and never relinquished it as they held a 14-9 advantage over the remainder of the game.

As has been par for the course for much of the season, star forward Orlando Robinson was once again the focal point of the offense as he scored 25 points, including making all three of his three-point attempts.

But as good as Robinson was yet again on Thursday, his success was coupled with the failure of any of his teammates to contribute anything on the offensive end.

The rest of Fresno State’s team combined for 21 points, shooting a combined 9-39 from the field and 2-15 from beyond the arc.

Fresno State drops to 19-13 on the year with the loss.