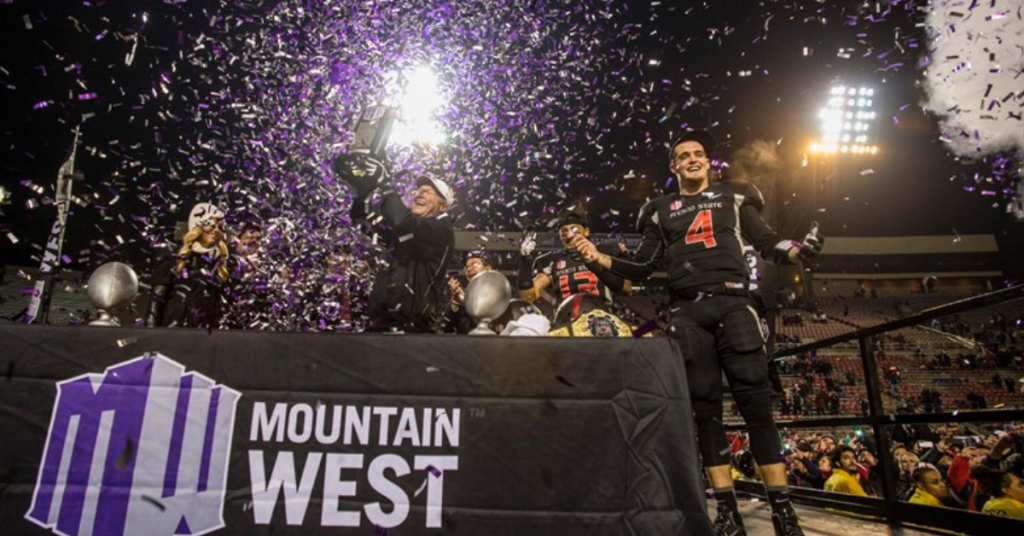 The “Mountain” and “West” divisions could soon be a thing of the past in the Mountain West Conference.

According to national college football reporter Brett McMurphy with Action Network, the conference is giving “strong consideration” to eliminate the divisions at the start of the 2023 college football season.

One source told McMurphy that it is “likely” to happen next year.

If the conference moves in that direction, Fresno State would play one final season in the West Division before shifting to the open conference.

Fresno State also plays another three teams from the Mountain Division – which consists of Air Force, Boise State, Colorado State, New Mexico, Utah State and Wyoming – to round out the eight-game conference schedule.

One of the reasons why the Mountain West would choose to eliminate divisions would be to guarantee that the two best teams in the conference play each other every year in the championship game.

That could provide the conference victor with another strong win to end the season on and make a final push to secure a spot in one of the highly-coveted New Year’s Six Bowls.

Under the current format, it is possible for the conference’s top two teams by record to be in the same division, leaving only one with an opportunity to win the conference.

The most egregious example of what the conference presumably hopes to avoid came in 2014. Boise State won the Mountain Division with a 7-1 conference record and was 10-2 overall.

Due to a down year in the West, Fresno State also made the title game with a 5-3 conference record and 6-6 overall record.

Colorado State and Utah State both posted 6-2 conference records that year, and Air Force tied the Bulldogs with a 5-3 record.

The Mountain West’s possible action to eliminate divisions would only be possible if the NCAA Council changes the rules to allow conferences to play without divisions but still hold conference championship games.

McMurphy reported that the council is expected to approve such a waiver this month.