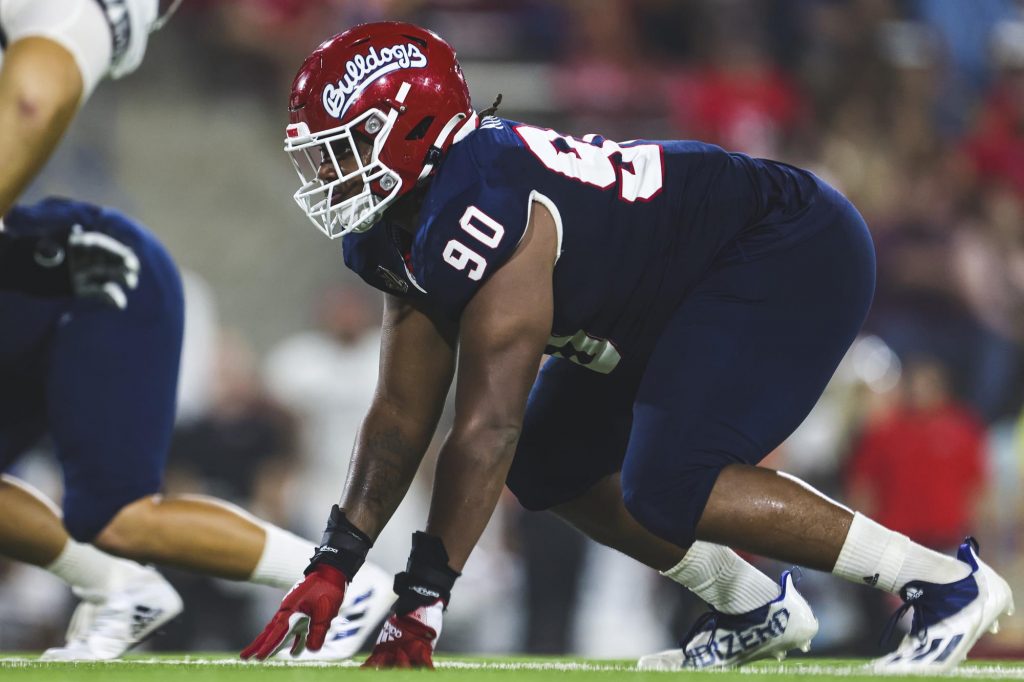 Former Fresno State Bulldog Kevin Atkins is fulfilling a dream he has had since he was a child.

“I was just ecstatic,” Atkins told reporters Tuesday. “I was excited, ready to go. It’s a dream come true, a dream I’ve had since I was five years old, and it’s finally here.”

Ahead of the draft, Atkins had been speaking with San Francisco and the Green Bay Packers the most, while also having discussions with the Cincinnati Bengals and the Minnesota Vikings.

But he said that he simply felt like something was pulling him toward the 49ers.

One of the factors that brings familiarity for Atkins is the defensive scheme that the 49ers use.

“The Niners actually play almost like the same defense as Fresno State,” Atkins said. “It’s an attack defense, it’s a go get ‘em. And I just feel like that prepared me for that defense because I’m almost doing the same thing I did in college, but at a high level. Just training, it makes everything that much easier.”

Another factor of familiarity comes in the form of two former teammates of his at Fresno State: fullback Josh Hokit and wide receiver KeeSean Johnson, who are both signed to San Francisco’s 90-man roster.

Hokit has been with the 49ers for two seasons on the practice squad, while Johnson signed with San Francisco in January.

“They said just come here and just work, everything will work itself out,” Atkins said when asked what Hokit and Johnson told him after he was signed. “Just give everything you’ve got every day 100 percent.”

Getting to this point, however, included some uncertainty over the last several weeks.

“I’m just lucky that it wasn’t really a tear,” Atkins said. “It was just a strain, and right now I’m feeling back at 100 percent. I’ve rehabbed it. I’ve done everything to get it back since that day. I’m ready to go. I’m ready to be back on the field. I’m 100 percent.”

Atkins leaves for rookie minicamp on May 12, embarking on his first opportunity to prove that he belongs on the 53 man roster in the fall as the regular season begins.