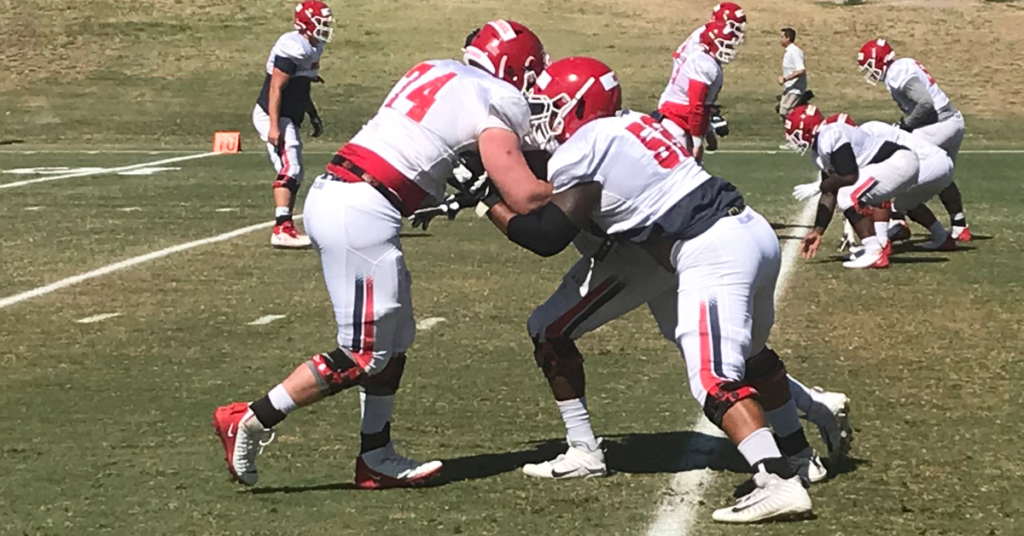 Slow starts have been the Achilles heel for Fresno State’s defense in the first two games.

It was a similar story against Minnesota in the home-opener. The Golden Gophers started the game with an 11-play, 75-yard touchdown drive.

On Minnesota’s second drive, the ‘Dogs forced a fumble on their own 26-yard line. They gave up 41 yards on that drive, but came up with the much-needed stop.

Take away the slow starts by Fresno State, and the Bulldogs would more than likely be 2-0.

So what’s the solution to the ‘Dogs slow starts? Ramp up the energy and speed in the beginning of each practice.

“Right now in practice we’re trying to come out with more energy in the beginning of practice to create a habit of coming out fast,” linebacker Justin Rice said. “Because if we can eliminate those early scores in those first two games, it could put us in a lot better position towards the end of the game.”

“We’ve got to start fast, there’s no doubt,” Watts said. “And that’s something we’ve got to stress every day. When we come out here right from the beginning of practice, we treat it the same way. Those are habits that you have to build and create. If you start slow every day in practice, you’re going to start slow in the games.”

Having to play catch-up every game never works, and the team knows that.

Fresno State has the talent to win the next four games, regardless of a slow start. But by the time the Bulldogs reach the three game stretch of Hawaii, Utah State and San Diego State, they won’t be able to afford a slow start.

Take a look at Hawaii and its victories against Pac-12 schools Arizona and Oregon State. The Warriors have put up 21 points in the first quarter and have followed up the rest of the game with a high-powered passing offense.

With FCS opponent Sacramento State coming into town, the Bulldogs will have every opportunity to come out strong and put the slow starts behind them.