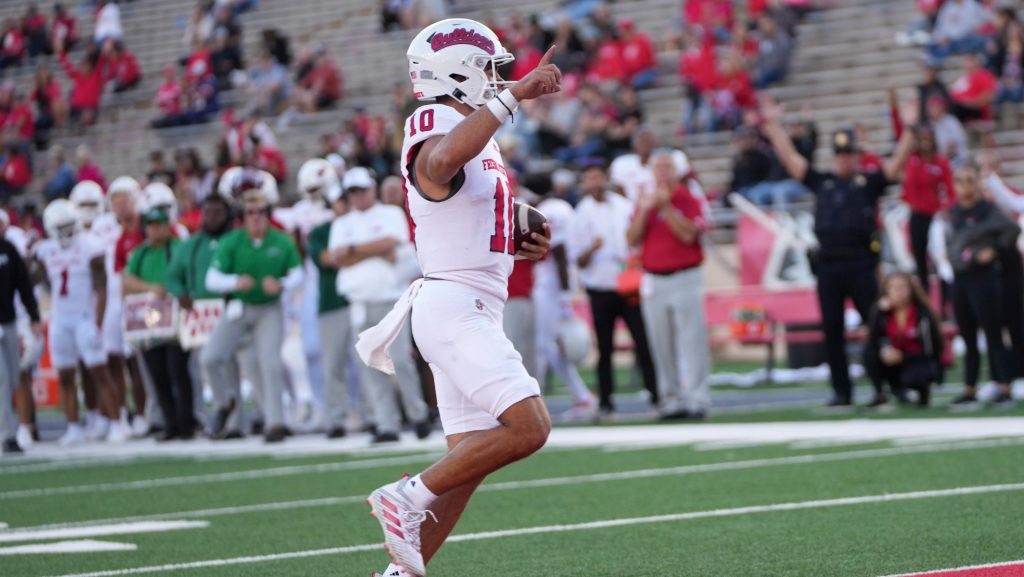 Conference play is turning out to be a positive experience for the Bulldogs.

After a rough start to the season, Fresno State has now won two games in a row after beating New Mexico 41-9 on the road Saturday.

While the Lobos are now 2-6 and struggling in the Mountain West, Fresno State’s win was dominating, something that has been foreign to the ‘Dogs in recent memory.

With quarterback Jake Haener still out with injury, backup Logan Fife continues to improve. He threw for 225 yards and 1 touchdown and ran for an additional 2 touchdowns.

“Each week he gets more comfortable,” head coach Jeff Tedford said after the game. “He’s more poised. He never gets shook up during the game. He’s always running the offense, making sure everybody’s where they need to be and threw some really good balls today as well.”

Wide receiver Jalen Moreno-Cropper was Fife’s favorite target Saturday and had his best game of the season so far, grabbing 9 receptions for 158 yards and 1 touchdown.

Running back Jordan Mims had one of the best games of his career and gave the ‘Dogs a consistent way to move the chains on the ground, rushing for 165 yards and 1 touchdown while averaging 6.3 yards per carry.

“Mims and Sherrod did a nice job,” Tedford said. “I thought there were a lot of hard yards inside that Mims ran really hard, and I thought he showed good vision to bounce it outside a couple times for some big plays, especially the last touchdown. So it was nice to see those guys get going. But those guys upfront, that’s where it all starts.”

Fresno State had a strong first half jumping out to a 10-3 lead in the first quarter and went into the locker room up 13-6.

But the ‘Dogs came out firing on both sides of the ball after halftime, scoring 28 points and only allowing one more field goal for the Lobos.

Fresno State held New Mexico to only 138 yards of total offense. In comparison, the Bulldogs gained 510 yards on offense and held a lopsided first down margin 28-8.

With the win the Bulldogs improve to 3-4 on the season, including 2-1 in Mountain West play. Fresno State will return home next week to face rival San Diego State.