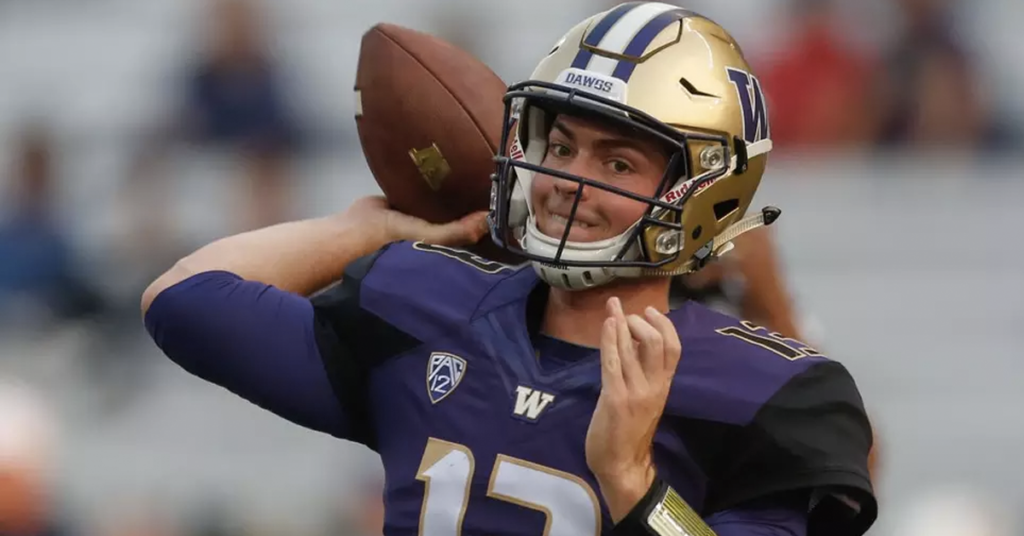 Former Washington quarterback Jake Haener is now a member of the Bulldogs. He practiced with the team for the first time Wednesday.

He won’t be able to play this season, however, due to NCAA transfer rules. Haener will compete for the starting spot next season.

Quarterbacks coach Danny Langsdorf said he’s excited have Haener added to the group. He said Haener got a great start to his career at Washington and he was impressed with the quarterback’s play at Monte Vista High School in Danville.

“The fact that we were able to pick him up is a really good thing for us,” Langsdorf said. “I think they’ll be excited to have him and get him up to speed and go from there.”

Haener battled for the starting spot at Washington, but lost out to Jacob Eason. Eason was one of the best recruits in the nation and started 12 games in his freshman season at Georgia. He got injured in his sophomore season and eventually transferred to Washington.

Due to Fresno State team rules, Haener is not available to speak with the media. No athletes are available until they play in their first game with the Bulldogs.

Langsdorf said Haener wanted to make a change, so the quarterback reached out to Fresno State and decided to enroll.

Haener redshirted in 2017, his freshman season, with the Huskies. He played in four games last year, totaling 107 passing yards. He completed nine of 13 passes and had one touchdown and one interception.

While at Monte Vista, Haener played in 35 games and threw for 8,464 yards to go along with 90 touchdowns and 24 interceptions. He was rated a three-star recruit by various outlets.