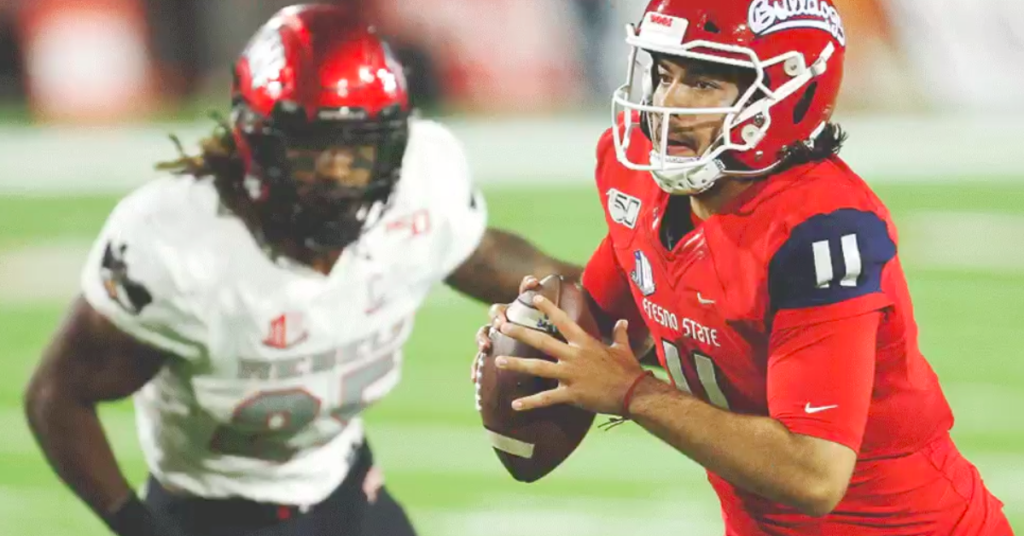 The Bulldogs played their most complete game of the season against UNLV on Friday, winning 56-27, picking up their first conference win and pulling their record to an even 3-3.

Although the defense gave up some big plays, the ‘Dogs came up big and forced 5 turnovers.

After the loss to Air Force last week, the Bulldogs faced a long week of practice figuring out how to right the ship.

“Good team effort for us to come home, rebound,” Tedford said. “It’s been a long week, obviously, and to beat a good UNLV team that just came off a win at Vanderbilt, it was nice for the kids to be able to bounce back. I’m proud of them, happy for them. It’s always nice to see all the hard work pay off.”

The Bulldogs started slow allowing UNLV to drive down the field on the opening drive, but the defense beared down and held the Rebels to a field goal. UNLV added two touchdowns through the air in the second quarter, but the Rebels were only able to tack on a field goal in the third quarter and one more touchdown late in the fourth quarter. As the game progressed, Fresno State improved on both sides of the ball.

All four of Fresno State’s first half touchdowns were on the ground – two by running back Ronnie Rivers, one by running back Josh Hokit and one by quarterback Jorge Reyna.

It was all Fresno State in the second half. The Bulldogs scored 4 more touchdowns and never looked back.

The defense was dominant throughout the whole game, and turnovers were the story of the game. The 5 turnovers – 3 interceptions and 2 fumbles – led to 28 points scored off of them.

Freshman linebacker Levelle Bailey started as Mykal Walker played defensive end, and Bailey didn’t disappoint. He recovered a fumble and had an interception in the first quarter.

Rice also had a standout game. He forced the fumble in the first quarter and recovered another one in the third, which he returned 18 yards for a touchdown.

Reyna had a very solid game. Although he didn’t put up huge numbers – 229 passing yards and 1 touchdown – he didn’t throw an interception and made plays with his feet to keep drives alive. He had 47 rushing yards on 4 attempts to go along with the touchdown he ran in.

“It was a great win against a great team that was well coached,” Reyna said. “However, on the offensive side we need to still exceed our standard. We were very sloppy. We didn’t execute in the red zone like how we wanted to. A lot of lessons we need to learn. Overall it was a great win.”

Wide receiver Jalen Cropper once again excelled with the fly sweep. He had an 82-yard run all the way to UNLV’s 1-yard line. Between the tackles, the Bulldogs weren’t as successful racking up yards, but Rivers and Hokit did combine for 84 rushing yards.

Keric Wheatfall led the receivers with 86 yards and came up with some timely receptions in big situations.

Fresno State was able to take out UNLV’s greatest strength: the run game. Rebels’ running backs Charles Williams and Chad Magyar combined for 129 rushing yards and were both held out of the end zone.

The kicking problems resurfaced for Fresno State. Kicker Cesar Silva missed three field goals, although the last one was due to a fumbled snap that messed up his timing. But Tedford said Silva’s job is safe and he’s confident the kicker will bounce back.

“After this victory it’s really promising,” Reyna said. “We feel a lot more connected, and we can’t wait to get back on the field and prepare for our next game.”