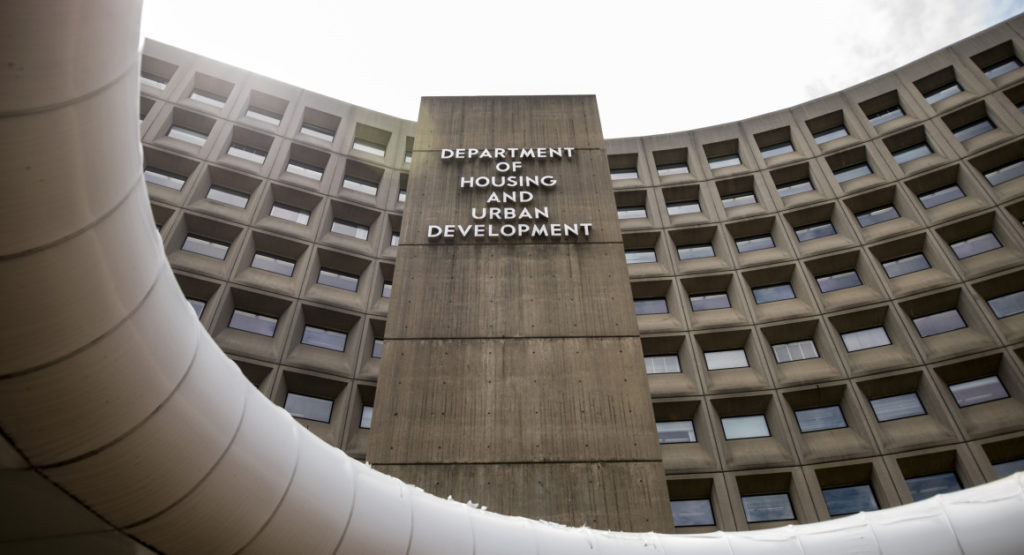 HUD money is supposed to be a good thing for cities like Fresno.

Instead, HUD money is making City Hall turn on itself.

That seems the logical conclusion to reach after what happened at the July 25 Council meeting.

In a nutshell, the Brand Administration asked the Council to extend for another year the contracts with two consulting firms helping staff handle the red tape involved in the spending of certain pools of money from the federal Department of Housing and Urban Development.

All of the money is designed to help the most vulnerable neighborhoods and residents. According to a staff report, Fresno’s most recent annual allocation of these funds totals about $11 million. To say that community activists take a keen interest in how these funds are spent is an understatement.

The two consulting firms in question are Usona Development LLC and Michael Baker International. The council last year approved one-year deals with both firms for the 2018-2019 fiscal year. The deals included four one-year extensions if both sides agreed to remain allies.

The July 25 staff report to council says of the mission of Usona and Michael Baker: “The experienced consultant teams provide the City the expertise in the comprehensive program administration and implementation, development, and coordination of programmatic plans and performance reports.”

The new 2019-2020 fiscal year began July 1. The Administration on July 25 asked the council to keep Usona and Michael Baker on board for another year. On the surface, it seemed like a routine matter. After all, the Council last year had endorsed the idea when it approved the four one-year extensions.

But this year’s Council is a much different legislative body. And the Administration ran into a buzz saw.

When all was said and done, the Council on a 5-1 vote had tabled the matter to the Aug. 15 meeting. Along the way, a Council majority had given the impression that displaying its dissatisfaction with consultants is more important to Fresno’s well being than in ensuring the continued compliance with spending rules for $11 million in annual HUD funds.

How the Council got there makes for a fascinating addition to the current tale of dysfunction between Fresno City Hall’s legislative and executive branches.

Jennifer Clark, director of the Planning and Development Department, began things on July 25 with a review of the Administration’s request. She said the consultants are worth the money.

Said Clark: “These consultants have provided additional resources to our team, have ensued that we have met our timeliness tests for the first time in a number of years, have identified additional state and federal regulations that the city was not complying with that they have now ensured that we now are complying with and are generally assisting us in meeting all of our federal regulations.”

Clark added: “On the ESG programs we have made really great progress and we feel that over the next fiscal year we will be able to recruit, hire and fill the position that will administer that and use Michael Baker to train and bring our staff up to speed to ensure that we were meeting all of the federal regulations. I do not anticipate the need for extending that contract beyond our current fiscal year of 2020.

“I also have been working very closely with the team to talk through what the next five-year cycle for a consolidated plan would look like. I know we’ve had conversations with the sub-committee on the need to evaluate what our priorities are and to evaluate what kind of skill sets we would have. So that if our priorities in the next consolidated plan are primarily rehabilitation we would need a certain kind of employee for that particular contract. If we were doing primarily public works and parks kinds of projects we would need a different kind of skill set for the next five years. So it’s really important that we think through that.

“It would be our anticipation that we would probably be coming back to the council a year from now with an extension of Usona for just one additional year. At this point what we’re looking at is a phase in to be fully staffed and fully self-sufficient within two years.”

I interpreted Clark’s opening statement thus: Give us another year on both contracts and our in-house expertise on these HUD rules will be much improved.

Council Member Esmeralda Soria said she’s constantly being told by the Administration that the hiring or retention of consultants is only temporary, that staff “capacity” is being built, that the cutting of the cord to outside experts is just around the corner.

“I just haven’t seen it,” Soria said. “I continue to hear the same thing every single time we’re looking at these consulting contracts. So, I’m not going to be able to support it….I’m frustrated with the process. At the end of the day what we haven’t done is build the capacity that we need and attract the experts and the folks that know how to do this work here.”

Clark said there are two staff positions still to fill. She said “consistency” within the staff overseeing HUD funds is vital.

In a statement that was part question, Bredefeld said: “We don’t have the staff to do that.”

Said Clark: “Our regional (HUD) office is happy with the consistency of our programming and of the individuals who we have running the programs. As we phase in new people that are under the umbrella of our consultants to help train them and they have some time with that consultant as the consultants phase out, then we would gain and continue that consistency that our regional office is looking for.”

Bredefeld, too, said it’s time for the Administration to rethink its use of consultants.

“Thank you,” Bredefeld said to Clark. “I appreciate your point of view. Since I’ve come on the council two-and-a-half years ago I’ve been speaking against all of the consultants – because there are millions and millions of dollars worth of consultants across the city, not just your department but across the city. It’s been very troubling why we just continue to have consultants.”

Bredefeld said the Administration should be focused on hiring staff to do the jobs currently being done by high-priced consultants.

“So, I’m also not going to support this today,” Bredefeld said. “My goal is to eliminate these consultants and hire our own people to save the taxpayer money in the long run.”

City Manager Wilma Quan asked Clark to review where City Hall currently stands with HUD and what happens if Fresno doesn’t get the contract extensions.

“Two things,” Clark said. “One, we do not have the staff capacity. And it will take at least three to six months to recruit and hire someone for each of the positions, and then additional training.”

Said Clark: “Having consultants on a national scale that can provide that information to us and ensure that their staff and our staff stay on top of it while we’re on that learning curve with new staff is critically important.

“Consistency is the other piece. Each year all of the federal programs, including HUD, do what’s called a risk assessment. They assess whether or not a community should be audited or monitored. They look at expenditure rates, which we’re doing really well at. They look at past compliance and they look at consistency of the people who are administering the program. Every time you switch out a person you raise or elevate that risk level and you create a potential for additional audits and additional monitoring of the program. I understand and recognize your concerns. We have struggled. It’s really hard to find people who have this kind of experience in our region.”

Said Soria of the hiring of in-house expertise: “I’m not seeing the commitment to get there faster.”

Replied Quan “It’s not for a lack of trying. It’s just that we have not had the applicant pool to pull from.”

That prompted Council Member Luis Chavez to ask of Clark: “There has to be a reason why the folks that are applying are not bringing that wealth of knowledge and skills. What has been the challenge?”

Clark said the City of Fresno is one of only three agencies in the region to administer CDBG funds. The others are Clovis and Fresno County. She said one person handles the entire CDBG program in Clovis; that person is not likely to jump ship for Fresno City Hall. She said Fresno County’s CDBG program deals mainly with public works projects and therefore involves different administrative skills than needed at City Hall.

Said Clark: “We have a limited pool of individuals within this area who have the capacity. And when we do recruitments we don’t get people with the experience. The choice is to try to attract someone from outside our region, which is very difficult to do. Typically, individuals who are coming to this area are coming to this area because they have a tie. They’re boomerangers or they have someone or something in this area that is drawing to this area rather than the job. In the Bay Area or in the LA area there are so many jurisdictions. They can bounce around positions and move their way up. Coming to the Valley is considered kind of a dead end for a career. So, it’s really hard to attract individuals.”

Chavez and Clark dipped their toes into the issue of pay scales, then quickly stepped back. Chavez moved on to the issue of HUD oversight of City Hall.

Asked Chavez: “Are we going to be under scrutiny for five years? For 10 years?”

Said Clark: “I think we’ve started to build a relationship (with HUD). The problems that occurred prior to 2012 certainly didn’t happen overnight. It will take years to rebuild that relationship.”

Chavez said he is “really concerned about jeopardizing that relationship and any possible funding with HUD.”

Chavez recommended tabling the issue until Aug. 15, thus giving the Council and the Administration three weeks to hammer out a compromise.

Chavez’ motion carried with only a dissenting vote from Council President Paul Caprioglio.