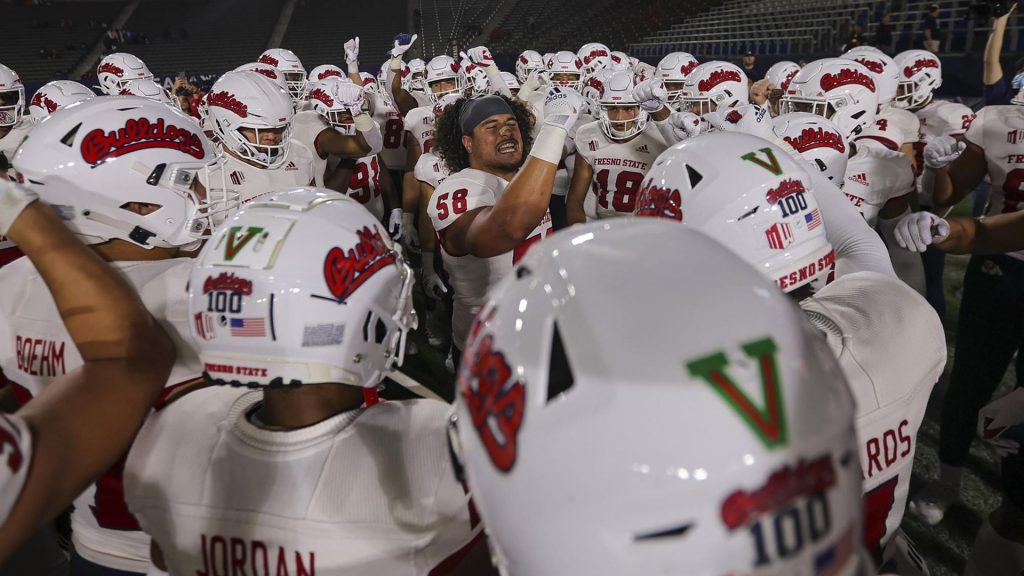 Shortly after breaking back into the Associated Press Top 25 rankings at 25th, Fresno State has earned the respect of the College Football Playoff Committee.

The 13-person committee which decides the four teams that make the College Football Playoff at the end of the season ranked Fresno State No. 23 in its first poll, which was released Tuesday evening.

Fresno State is one of only three Group of 5 schools to be included in the College Football Playoff Rankings, a major difference than the AP Poll.

However, the committee only placed Cincinnati (6) and BYU (15) ahead of Fresno State, while rival Mountain West school San Diego State was slotted in right behind the ‘Dogs at No. 24.

At the end of the season – before the bowl games start – the group of five school ranked highest in the final College Football Playoff poll will earn a spot in a New Year’s Six bowl game.

With Cincinnati currently sitting 17 spots above Fresno State, the Bulldogs would likely need to win out while undefeated Cincinnati drops multiple games and two-loss BYU picks up another defeat.

Despite the longshot for the ‘Dogs to crack into one of the major bowls, the rankings may have a major impact on the Mountain West Championship Game.

If the Bulldogs win out they will represent the West Division in the conference title game. Currently, Utah State holds the top spot in the Mountain Division with a 4-1 record in the Mountain West.

If Utah State wins its remaining conference games, the ‘Dogs and Aggies would be tied at 7-1 in conference play, meaning whoever is ranked higher in the College Football Playoff rankings at the time would be selected as the host of the Mountain West Championship Game.

Tuesday’s selection was the first time since 2018 that the Bulldogs were placed in the College Football Playoff rankings.