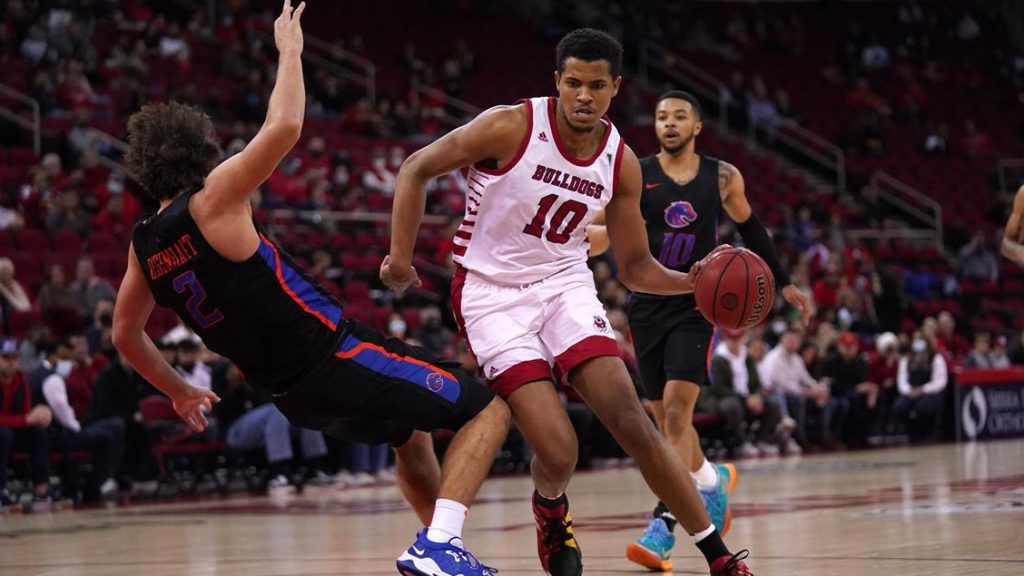 One day after earning plaudits from conference media, star Fresno State forward Orlando Robinson was named to the official All-Mountain West First Team on Tuesday, as voted on by the conference’s coaches.

The junior was the only Bulldog to be named to one of the three all-conference teams.

Robinson capped off the regular season averaging 19.2 points per game and 8.2 rebounds per game, both of which ranked as the fourth-best in the Mountain West.

In addition to his selection to the all-conference First Team, Robinson was also named to the Mountain West’s Defensive Team.

He ranked fifth in the conference with 1.3 blocks per game and averaged 1 steal each time out on the court.

This is Robinson’s third year being honored as one of the conference’s top players.

In the 2019-2020 season, his freshman year, Robinson was named as an honorable mention for the all-conference teams, and last year the coaches voted him to the All-Mountain West Second Team.

Since Fresno State joined the Mountain West in 2012, Robinson is the ninth Bulldog to be honored on one of the conference’s all-conference teams or the all-defensive teams.

Robinson and the Bulldogs (18-12) open the Mountain West Tournament in Las Vegas Wednesday against San Jose State (8-22) at 4 p.m.

If they win, they will advance to play San Diego State (21-7) on Thursday.