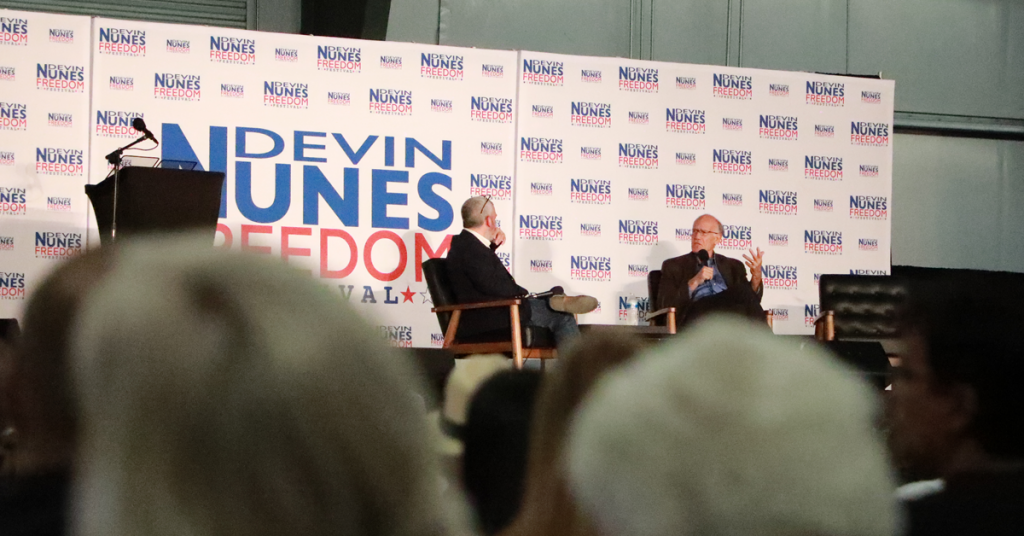 The Hoover Institute Senior Fellow covered a variety of topics, ranging from higher education to China.

Hanson was a longtime professor at Fresno State, Stanford and Hillsdale College, leaning into him being an advocate for the university system.

He noted that 32 percent of the nation has a bachelor’s degree, and that the other two-thirds is the group that is “saving the country” from the ideology that has permeated from higher education.

“It’s done a lot of damage,” Hanson said. “And the people that say, ‘You know what? I have to get up every day and deal with reality.’ That’s still the majority, and that’s what’s keeping the country going.”

Hanson commented on the “woke” culture that has come out of the universities and noted that figures such as basketball star LeBron James have taken it upon themselves to lecture society on culture and racism.

“It’s new, this new woke culture,” Hanson said. “Every time you guys get up and somebody’s telling you that you’re a racist or you’re illiberal, and you look at who it is – it’s the guy that runs Delta $17 million a year. Or it’s Oprah from her $90 million mansion talking to LeBron from his $45 million mansion.”

Author Lee Smith, who hosted the panel, posed a question to Hanson: When did calling someone racist become a thing?

Hanson said that instead of following the “content of your character, not the color of your skin” ideology that Martin Luther King Jr. preached, the nation quickly moved to implement programs such as affirmative action “to pay a reparation in a sense and pick up people by quotas to make up for [the] past.”

When that didn’t get the desired result, Hanson said the agenda moved to “adding adjectives” to various situations.

“We ended up with a world with Jussie Smollett and Duke Lacrosse, all these psychodramas. And they just attach racism – environmental racism, immigration racism. It’s everywhere, and so it’s nowhere. And I think everybody knows now that the way the woke movement will die is when they call you a racist, you smile and say, ‘So what? I don’t care.’ They call me anything in the world. It has no effect on me.”

Hanson added, “Racism doesn’t mean anything other than the person who’s leveling the charge is more likely him or herself a racist.”

Smith asked Hanson about China’s position as a major strategic threat to the United States, not all that different from the former Soviet Union.

“China is – I don’t like the word existential – but they’re so much more sophisticated than the old Soviet Union. They have 380,000 students here. They call us racist. They just listen to the left, and then they recycle this that you guys are racist. If we were really racist, would you send 380,000 of your best students – the children of Communist Party members, to such a racist anti-Asian Country? Of course not,” Hanson said.

“They’re only here to absorb our technology, our institutions, and then Xerox them back. They understand how the left hates America, so they want to piggyback and recycle that, and they’re very sophisticated. And I think they feel that we’re a played out country. They look at all of the rioting last summer. They look at all the internal division. They say, ‘You know what? They’ve had too much money. They have too much leisure. The democratic system doesn’t work, and we’re here to take over the world hegemony.’”

Hanson also pointed to China’s economic success throughout the world and its power in shipping lanes and taking over European harbors.