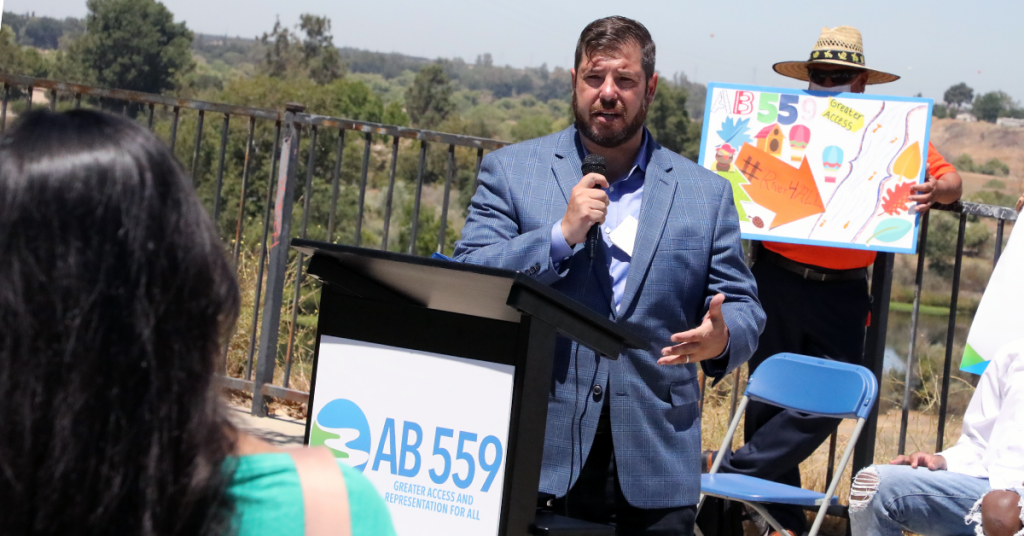 With California’s topsy-turvy redistricting process reaching its peak, Central Valley Democrats are beginning to jockey for position to run for new seats and jobs in 2022.

The Democrat is eying the seat — in the latest iteration — that would cover parts of Fresno, eastern Fresno County, and parts of Tulare and Kings counties.

GV Wire has also learned that the Democratic Congressional Campaign Committee, the official campaign arm of the House of Representative Democrats, has met with Andrew Janz.

Janz, a Fresno County prosecutor, ran against Devin Nunes in 2018, falling by five points. However, that was the closest showing of a Democrat ever during Nunes’ 10 terms.

When asked about the DCCC meeting, Janz offered no comment.

“Not right now,” he clarified to host Alexan Balekian, adding that he was strongly considering a run following finalized district boundaries from the state’s independent commission.

A Congressional run by Arambula or Chavez in 2022 would open up their respective seats in the California State Assembly and Fresno City Council during the 2022 election.

In the same GV Wire report, it appears that at least one name is floating to run should Arambula forego running for his fourth of six possible terms in the Legislature: Fresno City Council member Nelson Esparza.

Esparza, who represents central Fresno on the Fresno City Council, announced a candidacy to succeed Chavez as Council President in January is also up for re-election in 2022, opening another seat on the City Council.

One prospective candidate to fill the Council seat if Esparza takes the leap for Legislature? Fresno County Board of Education trustee James Martinez, the digital pub reports.