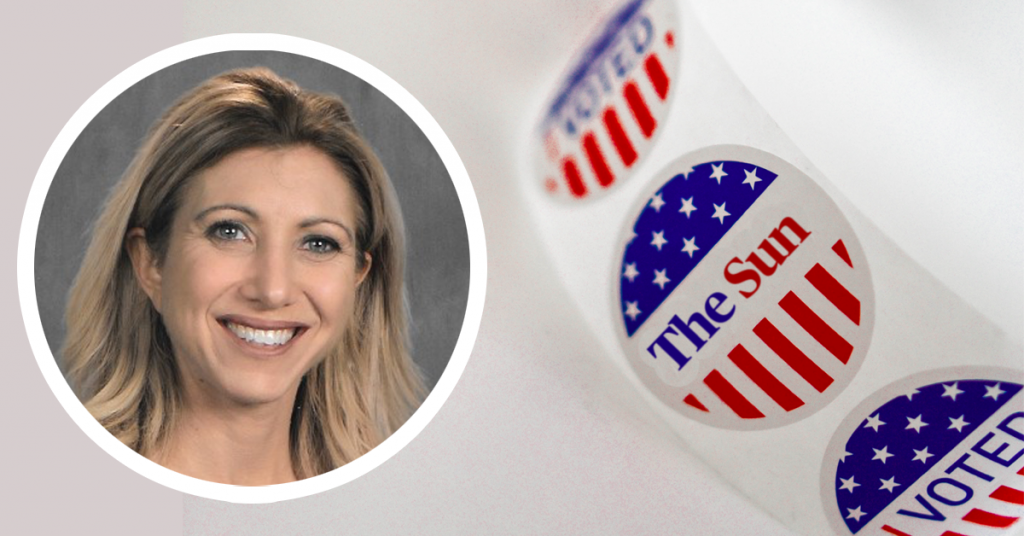 Current Visalia Unified School District administrator Jacquie Gaebe has decided the time is right to make a push for a spot on the district Board of Education to bring a fresh perspective to the table.

Gaebe, currently an area superintendent for the VUSD Adult School, has 23 years of experience working in the district that she attended as a child.

The decision to run for Area 7 seat, and possibly face off against a longtime incumbent, is a simple one: Gaebe feels that she can have an even greater impact on the district and community serving on the board than in her current position.

“We’re facing some different challenges right now, and I think that I have the recent and relevant experience in classrooms that would allow me to be a voice for educators and for our community,” Gaebe told The Sun.

With the coronavirus pandemic bringing about different challenges and problems left and right – such as preparing the district to start the school year in a fully-online capacity – Gaebe feels her experience suits the needs of the district as VUSD adapts and works its way through the unprecedented changes.

“I think that the pandemic brought to light that we do need some innovation in our district,” Gaebe said. “We do need to be more responsive to our community. We need to make sure that our learning environment is relevant too, that we keep up with what families want for their kids.”

As of Monday, Gaebe is the only candidate who has filed for the upcoming election. The Area 7 seat is currently held by William Fulmer, who was first elected in 2007 and is the second-longest serving board member.

Gaebe said her decision to run is not meant as a knock on Fulmer – noting, in conversation with The Sun, her respect for him and admiration for his years of service – but since she lives in the area, and the seat opens up every four years, now is the time to go for it.

“I just think we are in new times, and I think that we need new solutions,” Gaebe said. “I think my experience is a little bit more recent and relevant. He’s done great service for our district, but I do feel like I can bring a perspective that’s worth challenging the incumbent.”

Gaebe will not leave her job to run for the spot on the board, but she will have to resign if she is elected and leave the district that she has spent the majority of her life in.

“That also made it a difficult decision, because I love the work,” Gaebe said. “There’s no greater job, so that was probably the toughest decision, knowing that I would have to leave the work as an educator.

Gaebe graduated from Golden West and got a job after college as a middle school teacher in the district, after which she worked her way up as an assistant principal, a principal and an area administrator before serving in her current role.

Although, if elected, her work as an educator working for the district would be over, Gaebe said she would likely look to work for another nearby district while she serves on the Visalia Unified board.

If Gaebe doesn’t win, she said she’ll happily continue working in the job she loves and mull another run when the position is open again in four years, especially considering since her three children will still be students in the district.

“I watch my kids, I remember my education, and while I am pushing standards and curriculum and instruction, I don’t also forget that a lot of what connects our kids to school are activities and sports and clubs and all of those things,” Gaebe said. That’s another perspective that I think I bring to the board.

“I’m seeing it every day, and feeling and seeing how it really does make a difference to kids – not just our curriculum, our instruction, but also all of those other social skills that we all learn. All of the culture that we build at campuses. All the connections that kids make and learn about – significance and belonging and their place in the world. It’s all wrapped up into it – just want to be an advocate for all kids.”